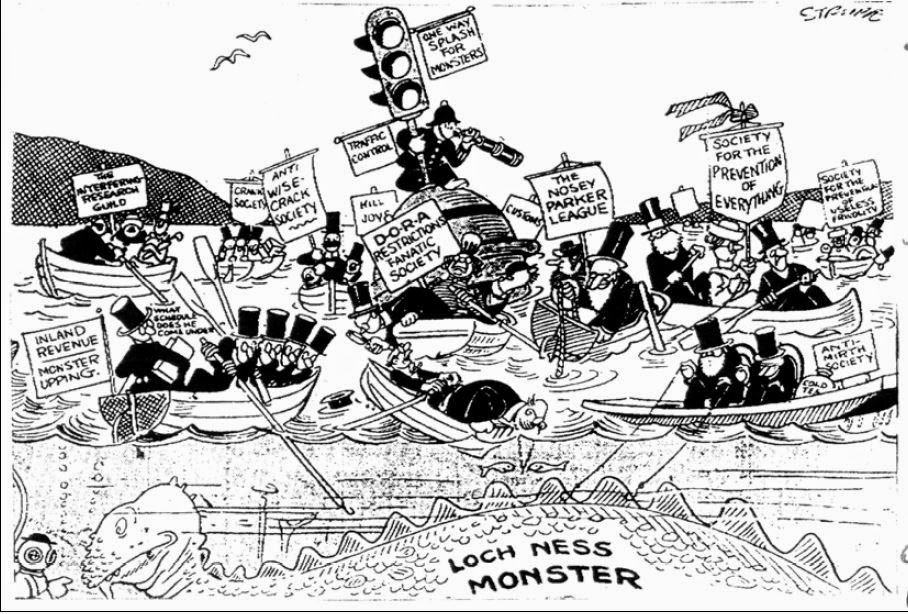 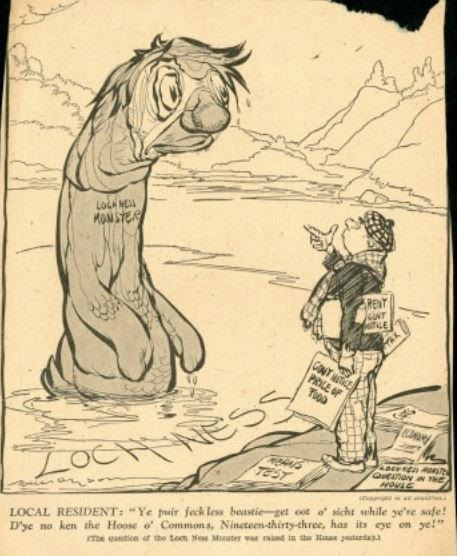 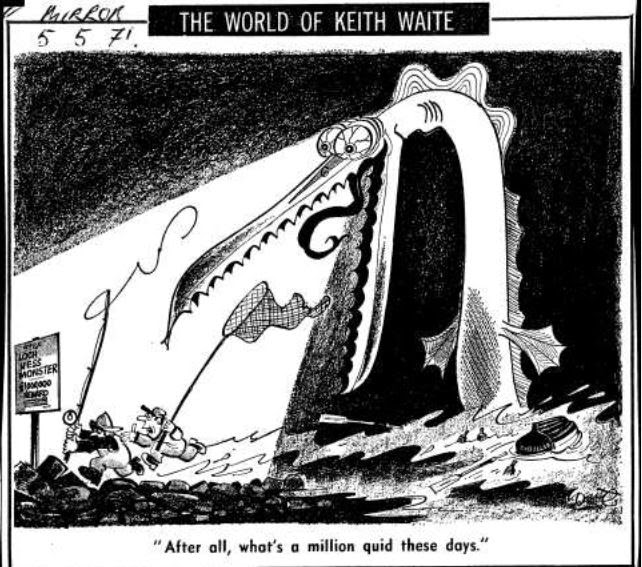 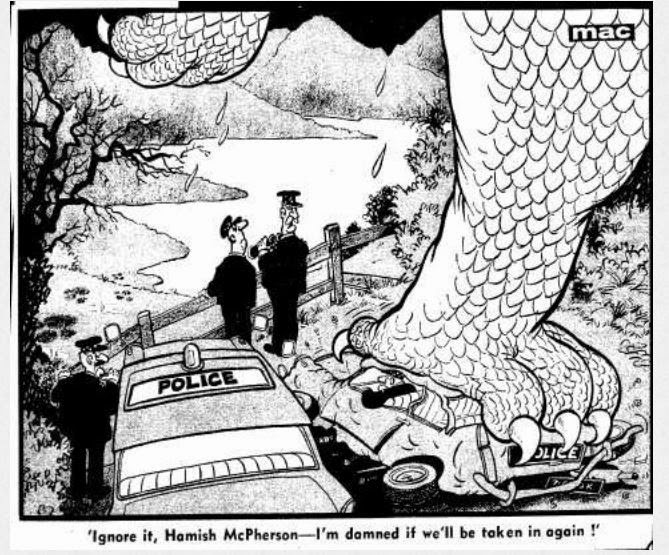 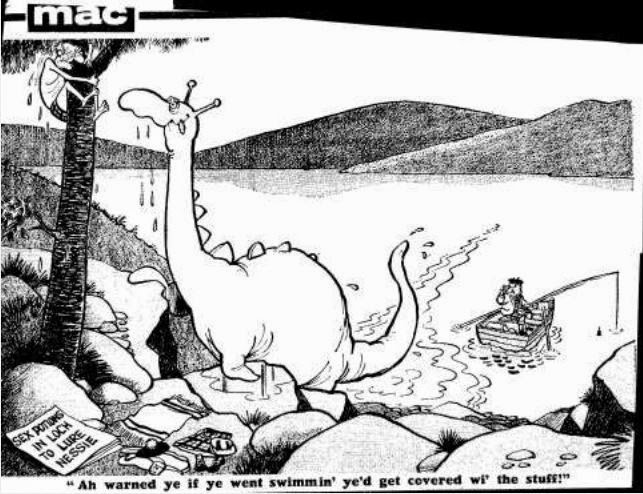 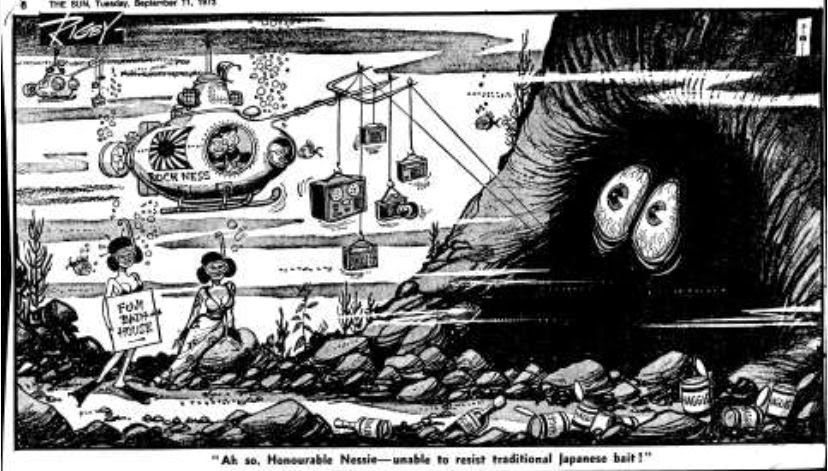 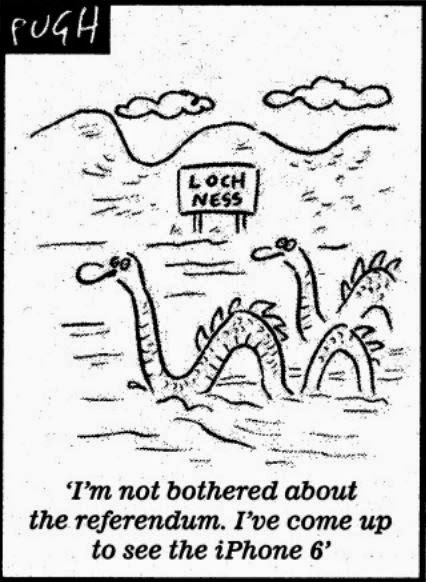 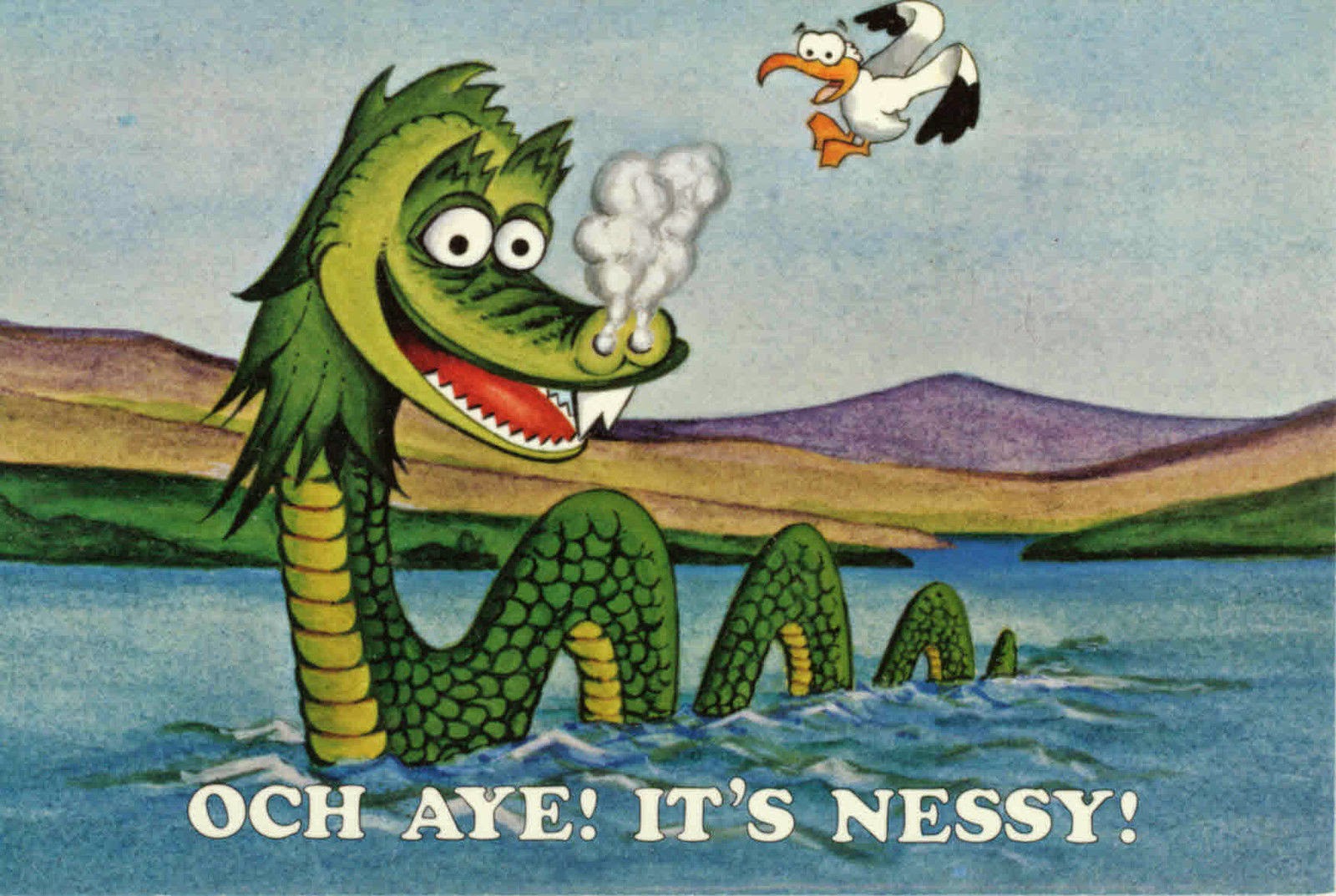 I caught this article on two alleged collisions between boats and the Loch Ness Monster. The first I did not recall and wonder if anyone knows any more about it? Original article here but reproduced here before it is pulled.


In the second incident, retired truck driver Stanley Roberts has revealed that a holiday cruiser, he owned was immobilised in a tragic collision on the loch near Urqhuart Castle. An elderly man aboard the cruiser suffered a heart attack and died following the incident around 1978, says Mr Roberts, from Lancashire who had rented the boat to the man’s family. Four bolts were stripped from the propshaft  and the propeller was damaged after the boat was pulled from the water at Fort Augustus.

Boatyard workers who then examined the cruiser "found flesh and black skin an inch thick along the propshaft", said Roberts, of St Helens, Lancashire, telling what had happened when he got a phone call from the boatyard telling him there had been an accident. He said, “The workers chiseled the flesh away and threw it into the Caledonian Canal. I said you stupid b-----s. It would have proved that Nessie was here.”


Stan, now 85, is in no doubt that the monster was most likely involved in a drama involving his cruiser. A family renting it collided with an unknown object near Urquhart Castle. "The propeller stopped turning. The family were very alarmed", said Stan. "The old man had a heart attack and seemed to have died. There was no radio on board so they  let off distress flares to get a tow back to Fort Augustus. The grandfather was taken by ambulance to hospital where he was found to be dead."

The rental managers phoned Stan at his home in St Helens to tell him what had happened. "They simply told me there had been an accident. It was only later that I learned more - what had been found on the underside of the boat when they pulled it out of the water."


Told of the boat drama, Adrian Shine, of the Loch Ness project, said it was “very frustrating". With modern DNA techniques we could have learned a lot about exactly  what had caused the damage." Stan kept the cruiser on the loch for two years.

I, too, express frustration that none of this black flesh was recovered for further examination. Black skin suggests it was not seals or dolphins, but then again, I don't know whether blackness occurs during subsequent decomposition; but it cannot be discounted that the sceptics' oft required, but seldom seen seal could have been involved.

This seems a new story, but if anyone knows of this case, can they leave a comment. Mr. Roberts then tells of his own personal sighting.

His reason for being convinced that Nessie was involved was partly an  earlier encounter he had himself. "I had just bought the boat and my family were up at Fort Augustus for a two-week trial run. The water was rough but the boat handled really well. That night I couldn't sleep so around 5am I got up to stretch my legs.


"The water was dull silver, flat as a mirror. I looked down the loch towards Foyers and I saw a black dot which I thought might have been a local fisherman. The dot continued to grow taller as it came towards where we were moored. "Then I thought to myself, 'There's no outboard motor!" It was then I realised its head and neck were like polished black leather.

"It gently lowered its head - and not a splash. It was so beautiful, you wouldn't believe it. It was like a nuclear sub going down. The bow wave travelling across the loch, bounced my boat like a cork. My wife was awakened by the commotion. And she told me off for rocking the boat.

The second incident is known to Loch Ness researchers and involves Lt Commander Francis Russell Flint in 1943. With the help of Henry Bauer, these details were forthcoming.

Details only emerged in 1969 when Lt Commander Francis Russell Flint wrote a letter to the Daily Telegraph. Flint said he was in charge of a Navy motor launch travelling from Leith to Swansea with about 20 men on board. Near Fort Augustus travelling at about 25 knots, “There was the most terrific jolt,” he said.  Everybody was knocked back. And then we looked for’ard. And there it was. A very large animal form disappeared in a flurry of water. It was definitely a living creature not debris or  anything like that."

Flint, who died in 1977, talked about the incident for years, said family members. He told author and broadcaster Nicholas Witchell that he signalled the Admiralty, “Regret to inform your Lordships, damage to starboard bow following collision with Loch Ness Monster. Proceeding at reduced speed to Fort Augustus.”

Flint said the Navy were not impressed with his signal. He got a “bit of a blast” when he returned to base. However Flint was an official war artist and painted a picture of the Loch Ness incident which went on display at a gallery in Leeds. It is not known where the picture is currently.
Sceptical cynics will suggest Flint made up the story to cover up his navigational inadequacies as he hit one of the local rocks. Funny how he kept talking about a monster into retirement ...