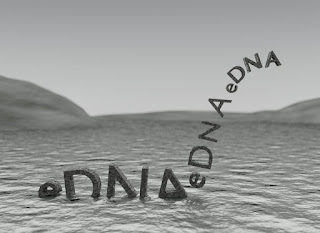 So the date has been set and it is 10am on Thursday 5th September at the Loch Ness Centre in Drumnadrochit. The eDNA work and conclusions of Professor Gemmell and his team from Otago University in New Zealand and beyond will be announced to the world. An article from the BBC website sets the scene and quotes Prof Gemmell:

There have been over a thousand reported sightings of something in Loch Ness which have driven this notion of a monster being in the water. From those sightings there are around four main explanations about what has been seen. Our research essentially discounts most of those theories, however, one theory remains plausible.

This hearkens back to a statement he made back in May when some perhaps exuberant headlines were written:

Just to clarify, at this point, we can't rule out one of the common theories used to explain the monster myth ... For the record, we are still investigating the data. Most popular hypotheses seem unsupported; one cannot yet be excluded.

This was in response to some articles which quoted him thusly:

Of course, "surprising" may refer to something unrelated to large monsters directly, but perhaps indirectly (e.g. food chain). But my own thoughts were on this quartet of monster theories he mentions but never divulges. Was it a generic quartet of fish, amphibian, reptile and mammal? Or perhaps a cryptozoological quartet of plesiosaur, giant eel, long necked pinniped or ... well I am not sure what would be number four.

Or is is a more mixed bag of sturgeon, catfish, giant eel, plesiosaur? I suspect the last list but when he says the "fourth" one cannot be excluded and remains plausible, I presume that means there is identified DNA fragments in Loch Ness consistent with such a theory. Well, I look forward to the event, but as said before, fans of paranormal and itinerant Nessies will be less moved by such events. Adrian Shine, whose Loch Ness Centre will host the event said:

We are delighted to welcome Prof. Gemmell back to the Loch Ness Centre on 5th September where he will announce the results at a press conference. Undoubtedly, many will be waiting to see if any of these results shed light upon the mystery of the Loch Ness Monster. Prof. Gemmell, in a press invitation yesterday, claims to have dismissed a number of monster theories but has promised that ‘one remains feasible’. Naturally, we look forward to much discussion and debate!

As an aside, I was in email communication with a media company who were asking me for Loch Ness Monster information for a documentary which they said would likely air on September 15th on the Travel Channel. He was a bit coy about their access to the eDNA results. So perhaps that will be worth watching in regard to this latest scientific venture into Loch Ness. I also asked Otago University's PR team about live streaming the press event, to which they said wait and see.

In conclusion and as said before, various past ventures have seemed to promise much and delivered little, such as the LNIB surface watches of the 1960s and the sonar-led Operation Deepscan of the 1980s. The shortcomings of the former were laid out by Ted Holiday in his books while the latter did have its contacts but it became clear that interpretation could turn the raw data into anything.