2015 has come and is nearly gone and that means times to look back on the World of Nessie these past twelve months.

At Loch Ness itself, Gary Campbell, who runs the "Official Register of Sightings of the Loch Ness Monster", recorded five sightings he judged as genuine. The first does not actually make it onto his list but it made the national newspapers in March as Connie Ross and her daughter, Reyshell, observed something like a "big black belly", submerge in the midst of a big disturbance of water by Urquhart Castle. She got this image just as it was vanishing from sight. 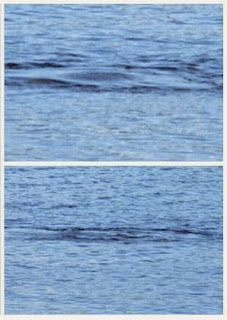 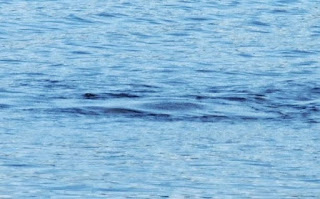 The following month some independent witnesses described an object they described as large and dolphin-like surfacing up to six times. Whatever is was, it was certainly no dolphin and I am not aware of any seals being reported in the loch at that time.

Only a few days later on April 25th, a Dee Bruce and Les Stuart from Elgin, saw a dark creature emerge three foot out of the loch at the north end. Unfortunately, it all happened so quickly that the camera could not be employed in time.

The next report occurred in July and was covered recently here. Crystal Ardito from New York noticed she had snapped something that was only fleetingly noticed at the time. Opinions naturally vary as to what it could possibly be (picture below). Something splashing through the water perhaps, but what exactly? 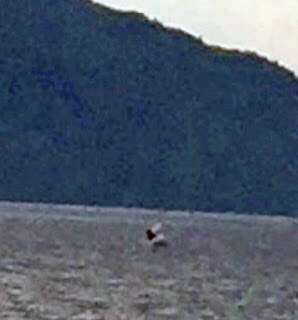 Another picture was taken on the 13th August by a Mr and Mrs Bates as they observed an object moving in an undulating fashion at mid-afternoon for about five minutes. This event involved multiple witnesses and this photograph below. Unfortunately, nothing can be deduced from this picture due to its lack of detail. 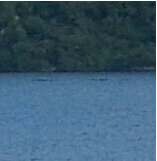 Finally, on the 15th September, local man Connor McKenna was one mile south of the castle at 1245 in his car when he had a 6-7 second view of dark object 15-20 feet long about 250 metres away. Despite having a clear view, the object submerged, leaving a wake behind.


Standing back, we see that four of these six sightings were brief in duration, only seconds. That mitigates against them, but three out of the six produced images of varying quality, mainly due to the distances involved.

These are certainly not sightings that would be classed alongside those of yesteryear, it would be great to report on such an event for the edification of readers, only time will tell on that matter. But it is good that the monster has been seen on at least six occasions this past year.

And what would Nessie research be without some odd looking sonar readings? Amongst the images come across this year are the ones below (see here and here). Sonar images are not as intuitive to interpret as optical images. However, their interpretation has come on strides in recent years as clearer resolutions have become more affordable. The trouble, of course, is what exactly would a sonar image of the Loch Ness Monster look like? 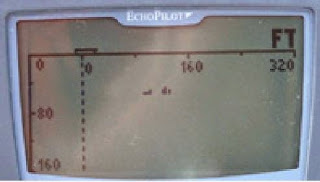 Other Nessie stories this year we were not so sure about were such as this photo by Geoffrey McSkimming which has more of the heron than the plesiosaur about it. 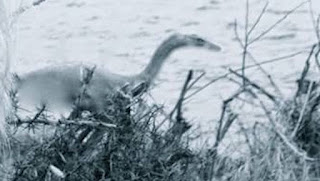 And did Flying Saucers zoom over Loch Ness this year? Given they look like mirror images of each other, we're not so sure about this one either. 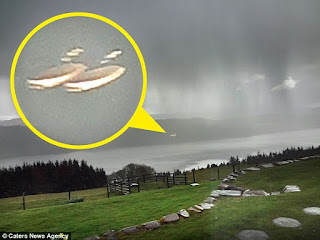 
Extending beyond the creature itself and to round the loch itself, it was sad to see one of the iconic sights of the lochside being nearly destroyed by fire only mere days ago as Boleskine House was in flames. Most of the house was destroyed in the blaze and its overall future must now be in doubt and in the hands of the insurance company. 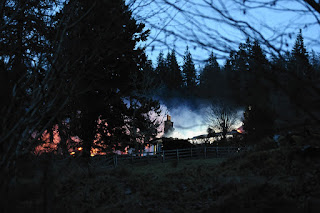 As most readers may know, this house was the residence of the infamous magician, Aleister Crowley, between 1899 and 1913 as he homed on in an area which he believed focused the magical energies he needed to execute his magical rituals. He paid twice the asking price of the house to get what he wanted. I say this was an iconic place, but one would be lucky to get a decent view of the tree-sheltered place, let alone get a chance to visit this reputedly haunted abode.

Meanwhile, tales of old regarding people and Nessie were to the fore in preparation for Gareth William's book, "A Monstrous Commotion". For example, was a renowned academic pushed out of the Natural History Museum  in the 1960s due to his enthusiasm for the Loch Ness Monster? Or was it more the case that Dr Denys Tucker was a bit too cantankerous with his colleagues?

Who was it that suggested that the monster should be christened "Elizabethia nessiae" after her Majesty the Queen? Such was the enthusiasm and expectations regarding the monster in the 1960s. Though an old controversy came to light when the tale of Digby George Gerahty and his claims to have invented the Loch Ness Monster in a 1930s pub were resurrected.

Going by headlines this year, one would have been forgiven for thinking the mystery had been finally solved as Steve Feltham, long running monster hunter, was quoted as saying he thought Nessie was no more than a catfish. 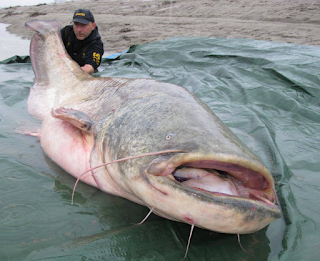 However, Steve was quick to state he was being (once again) misquoted. What he meant was that the catfish was one possible solution from many as perhaps some catfish had been released into Loch Ness over a hundred years ago. An interesting theory, but one that needs further research as regards such fish being let loose on Loch Ness.

Meanwhile, yours truly continued on this blog and at the lochside. Research uncovered some previously forgotten reports from 1909 and about 1880. Contact was also made with the family of the late Lachlan Stuart, famous for his 1951 triple hump monster picture while a forgotten hump picture from 1934 was brought back into the light.

The hunt continues and to end this review, I had some game cameras in action around the loch waiting to be triggered by anything that moved in front of them. One such camera was trained on one small patch of the vast area that is Loch Ness. 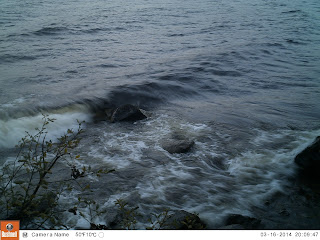 You know, I had fought through rocks and thistle to find a secluded spot for this camera (kindly donated by a regular reader) and then who turns up as if it was placed in Piccadilly Circus? 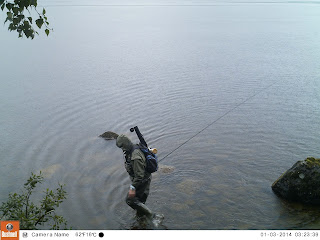 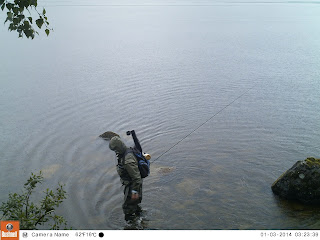 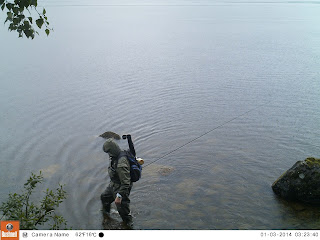 It got worse as you can see below. Anyway, whoever you were, thanks for not stealing the camera! 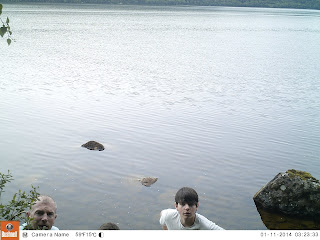 Furry or feathery fiends would also get in the way of serious research. I have no idea what this was! 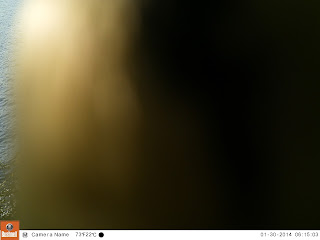 But at least the night infra red worked admirably as these insect shots show. 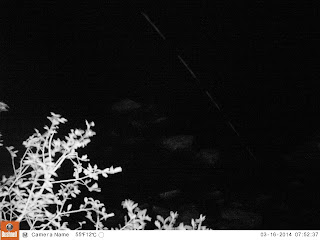 These shots amongst other were copied off the camera between August and November. Let us continue to hope the decisive shot of the Loch Ness Monster makes its appearance on such a camera or others in 2016!