The Other Loch Ness

When you arrive at Loch Ness, just make sure you are on the correct continent. Apparently there is another Loch Ness but this one is in the USA and unlike its famous counterpart, this one is not likely to be familiar to anyone beyond Minneapolis in the state of Minnesota.

Residing to the north of the city beside Lochness Park, the locals evidently could not bring themselves to call an American body of water a "loch" and hence its full title "Lochness Lake". A zoom on Google Maps reveals its environs. 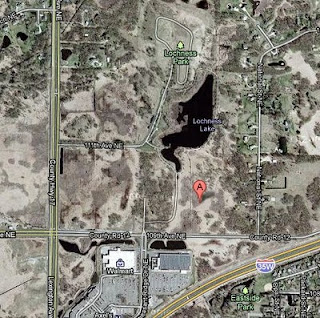 Now they will have to believe you when you say there is a Walmart beside Lochness. Unlike its 26 mile long and 750 feet deep Scottish counterpart, Lochness Lake is a mere 16 feet deep and covers only 14 acres. But apparently the fishing is good with sunfish and pike.


The only mystery is why they called it Lochness Lake? Did a Highland community set up here after the clearances and decide to rename local places after the old homeland? Perhaps they did, but if you turn the loch on its side, another reason may be forthcoming! 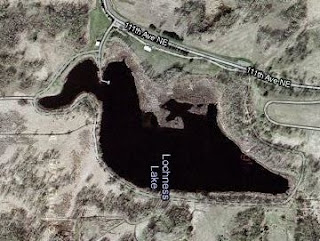