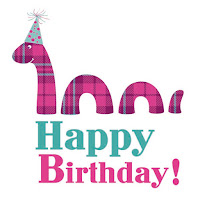 Happy Birthday to me.


It was on the 18th July 2010 that the first rather innocuous post was logged onto lochnessmystery.blogspot.com. Nine years later the blog is still running, still posting and still here. The tally of articles is now six hundred and ninety six (including this one) with the number of page views now in the millions since defending the famous Loch Ness Monster began.

The range of articles has varied in content and depth, some just simple announcements ranging to articles series such as the five articles on the Peter O'Connor photo and the four devoted to the Lachlan Stuart picture. The article with the biggest number of hits is "The Hugh Gray Photograph Revisited" at 88,500 page views and not far behind is the article on the 2012 Marcus Atkinson sonar image with 83,118 views. How many unique users that equates to is impossible to calculate.

Meantime, the site continues to at least appear on the second page of various search engines, but has gone as high as third ranking on Google (below). It rather depends how many articles I churn out it seems. In terms of global coverage, 45% of the views come from the USA, 22% from the UK going down to the likes of 0.5% from Spain. 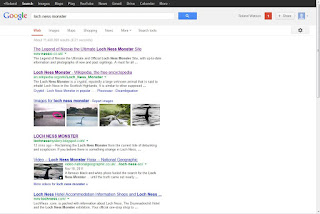 A perusal of the various articles should make it clear where this blog stands and the strap line at the top is as true today as it was in 2010 - Reclaiming the Loch Ness Monster from the current tide of debunking and scepticism. Since the late 1990s and the rise of the Internet, the noise of scepticism and its errant child, pseudo-scepticism has grown with every browser refresh. Though there were cryptid websites around, there was an imbalance in the debate which needed some more counter-weight. Therefore, the remit of the blog can be broken into four areas:

One may ask if this implies total gullibility as every sighting, photo, film and sonar is swallowed as evidence. That is not the case if one reads through the blog, but certainly the logical and scientific facade displayed on the other side is rather the opposite of gullibility to me - namely cynicism and negativity towards cryptid theories and their adherents. This is exemplified in the attitude that not one witness out of the thousands has ever accurately described what they saw and not one case is ever problematic.

So be it, but this blog does "Messy Nessie" insomuch that it is bolder to accept various cases while others sit on the fence or run away at the first sceptical debunking. That means we get it wrong sometimes, but I don't really care much for that as it is not the intention of this site to protect a reputation or ego. We shall leave that to others.

Likewise, the odds of being proven right on any case as opposed to wrong is small as that means the monster has been proven to be a large, exotic animal. One thing you can be sure of, the sceptic and pseudo-sceptic are safe in their comfort zone while that situation persists. Denounce everything in the safe knowledge that it is unlikely they will be caught with their pants down when a carcass is pulled up the next day!

So here is to hopefully another nine years of blogging Nessie. Where you and I will be in 2028 is unknown, but I am pretty sure one or more monsters will continue to be seen.