Did Nessie pass under their Boat?

By accident, I came across this letter to "The National" newspaper dated the 6th March this year. It was in response to an article on the beast's truly iconic nature, but this time it was something of a more solid nature. I reproduce the text of the letter here (original link here).


I AM intrigued by Pat Kane’s piece on a new ten pence coin bearing an image of Nessie (Here’s to Nessie! Why we’re all in thrall to Scotland’s mystic monster, The National, March 3).

While not putting forward any theory, I did have a strange experience on Loch Ness. We were spending a holiday weekend with friends in Turriff, and were invited to visit another friend who had a cabin cruiser, the Rubicon, on Loch Ness.

It was a lovely day and we cruised down the loch to Drumnadrochit, where we had lunch. In the late afternoon we cruised back and just off Foyers the boat’s owner, Jim Hunter suddenly said: “We’re running out of water!”. He switched the depth sounder from fathoms to feet and it was as if we were approaching the shore, but we were in the middle of Loch Ness!

The ladies came out of the cabin to see what all the excitement was about, and we watched the depth sounder coming up and sticking until there was only eight feet under the keel. There were six adults, four of whom have since died, and three boys – I am talking at least 30 years ago.

In any event the eight feet depth lasted probably about five minutes, then the echo sounder went back to no recorded depth; as soon as this happened Jim opened the throttle and we departed the scene, sharpish. We saw nothing, we heard nothing, and we discussed what had happened. My Turriff friend finally said: “There was something big underneath the boat.”

I sent a letter to the Loch Ness Investigation Bureau in Foyers recounting this experience but I did not receive an acknowledgement; I know I have a copy somewhere in my loft as I came across it some years ago – I am not in the habit of throwing things out, as my wife continually reminds me.


There may be some small inaccuracies in the letter (the LNIB were not based at Foyers) but the drama of that day is I am sure etched onto his mind. However, it would be great to see the original letter which would carry more details for us to ponder. So if Jim Lynch is reading this, let me know if you have anything further to say.

This actually gives me some greater anticipation as regards the use of a drone. Whether the 4K video recorder could register anything definitive eight feet under the surface of the loch, I am not certain. However one wonders how often the creature drifts towards the surface but no one is any the wiser as to its presence?

Any Other Dumb Nessie Stories Today? 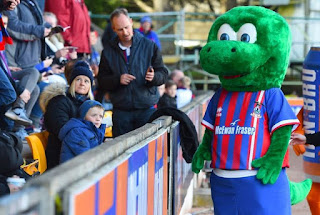 In the past we have had a dead "Nessie" stopped by police from being taken out of Scotland. It turned out not to be Nessie. Then we had the medieval Nessie story which more evil than medi. And people have always wondered if the infamous Surgeon's Photo was made on April 1st. Not forgetting even Adolf Hitler got in on the joke. Anyway, here's something along the same lines, had to do a double take before I realised the date.