Loch Ness and the Mysterious Airships of 1909 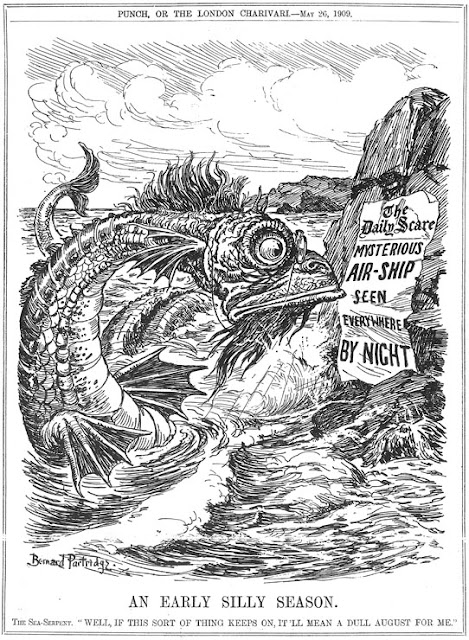 I will be giving a talk to the Edinburgh Fortean Society on Tuesday 12th September entitled "The Mysterious Airships of 1909". Back in those pre-war days, unknown airships were buzzing the skies of Britain at various widespread locations. Indeed, it was a report of one being seen near Loch Ness that piqued my interest in this subject and led to further research.

Were they advance spies for the German Kaiser in preparation for the feared invasion? Was it mass hysteria or something completely different to these explanations? Damned if I know, but I'll give it a go! The sketch above from Punch Magazine dated 26th May 1909 sums up the Fortean mystique of the subject as it was likened to its contemporary, the cryptozoological sea serpent.

More details can be found here.