A Question on the Roy Johnston Photos 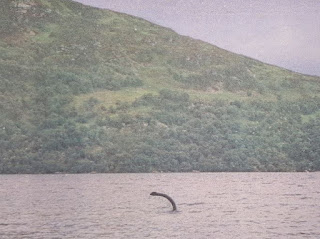 Roy Johnston took a sequence of eight photographs purporting to be of the Loch Ness Monster in the act of submerging back in August 2002. Naturally, the reaction to the pictures was mixed but they were generally dismissed by those who examined them. Sixteen years later I plan to cover these pictures in one chapter of my forthcoming book on the monster. For the time being, I will assume a neutral position and be a listener as others possibly express their opinions but also perhaps offer data on the event.

To that end, I have a request asking if anyone has the article on these pictures from the News Of The World newspaper dated Sunday 8th September 2002? An enquiry to the British Library suggests it only made it into the Scottish edition and so far I have not found it. I do remember reading the article years back but cannot recall the source now so any help will be appreciated. I am aware of the arguments made by leading researchers and these will be considered in the book as well.