The "Legend of the Loch" BBC Documentary 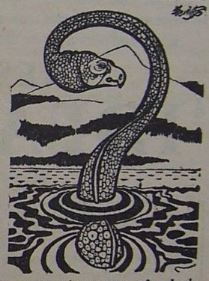 I wrote a while back on the various productions made by the BBC over the years that referenced the Loch Ness Monster. Without a doubt the one I would most like to see is their 1958 documentary, "The Legend of the Loch" which was hosted by that famous BBC presenter Raymond Baxter of "Tomorrow's World" fame. I believe they still have it in their vast warehouse, but the BBC Archive is not exactly like Netflix or any other modern VOD service.

As it turns out a copy of the Radio Times dated the 9th May 1958 came up on eBay with a picture of one page promoting that documentary. I certainly recall Lachlan Stuart was interviewed on it, but who else I do not know, though I imagine Nessie expert of the time, Maurice Burton would have appeared. This was in the days before Tim Dinsdale's film and everything was pretty quiet. What prompted the BBC to make this programme may well have been inspired by the photographs taken by Lachlan Stuart, Peter Macnab and Herman Cockrell in that decade. The page and text are reprodcued below.

TWENTY-FIVE years ago, on May 22, 1933, the Loch Ness Monster hit the headlines. Before then its existence had been an accepted fact in the area for many years, and legends of a "water horse " had been handed down for centuries. Since then many reputable people from Britain, and tourists from America, Canada, Australia, New Zealand and elsewhere have claimed to have seen a strange creature on the surface of this loch. Some of these sightings can probably be accounted for by unusual wave formations, water-fowl chicks learning to fly, otters playing and other ordinary events. Some can not. If the people have seen and heard what they have claimed, then some large creature (or creatures) of a species or size at present unknown to science lives in this extremely deep loch.

Many theories about its identity have been advanced. Some people think that from the descriptions it is a plesiosaurus, but this beast is thought to have become extinct about seventy million years ago. Some think it is a giant eel or form of oar-fish. Some think the whole thing a hoax or a hallucination. What is the truth? Recently people in Inverness have been pressing for a thorough scientific investigation into the subject and the matter has been raised in the House of Commons. They argue that it is no use relying on chance photographs or film of the beast on the rare occasions when the loch is still enough for these to be taken. They point out that the photographic evidence which already exists is looked upon with great suspicion anyway. They claim that underwater television and echo-sounding equipment are the keys to the problem.

The aim of Thursday evening's programme, The Legend of the Loch, is not to "Hunt the Monster" but to find out how far modem equipment can, in fact, penetrate the secrets of a loch some twenty-three miles long, the maximum depth of which is 754 feet, the water of which, stained brown by peat, is only penetrated by the sun's rays to a depth of forty feet, and the banks of which are reported by divers to contain great caves. On Thursday, after a review of the facts concerning the mystery and an air survey of the loch and surrounding countryside, viewers can come under water with BBC television, hear from a frogman, and see what it like to go down into these black depths. 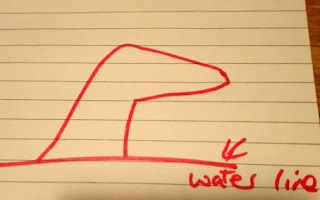 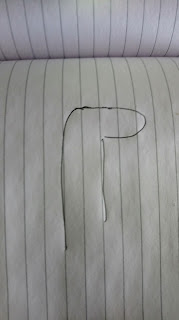 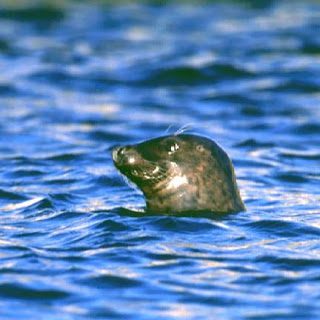 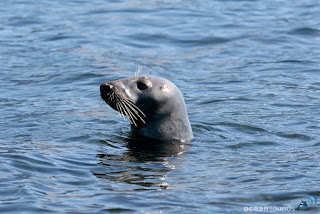 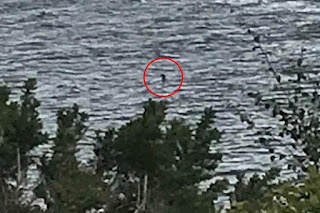 That age old denizen of the murky Loch Ness waters surfaced again in the newspapers of old as found in the Nairnshire Telegraph of the 13th August 1856. The Loch Ness Kelpie or Each Uisge as the Loch Ness Monster was known back then got a mention as our Victorian correspondent of 162 years ago (and 77 years before the Nessie era) exalted the progress of the Highlanders as the age of steam and progress marched on through the lands of Northern Britain.

I say Northern Britain as that was a name favoured for Scotland by English people after the summary defeat of the Jacobites in 1745. That man of literature and anti-Jacobite, Samuel Johnson receives a mention as his famous tour of the Highlands with Boswell receives some short shrift as the correspondent wonders how Johnson would react to the modern Glasgow steamers upon Loch Ness and muses that he may mistake them for the Loch Ness Kelpie! Johnson had recounted the tale of the Water Horse of Raasay, though he made no mention of any similar entity in Loch Ness.

Here is Johnson's tale to complete the picture.


He [their guide] said, there was a wild beast in [Loch na Mna], a sea-horse, which came and devoured a man’s daughter; upon which the man lighted a great fire, and had a sow roasted on it, the smell of which attracted the monster. In the fire was put a spit. The man lay concealed behind a low wall of loose stones, which extended from the fire over the summit of the hill, till it reached the side of the loch. The monster came, and the man with a red hot spit destroyed it. Malcolm (the guide) showed me the little hiding place, and the row of stones. He did not laugh when he told me this story.