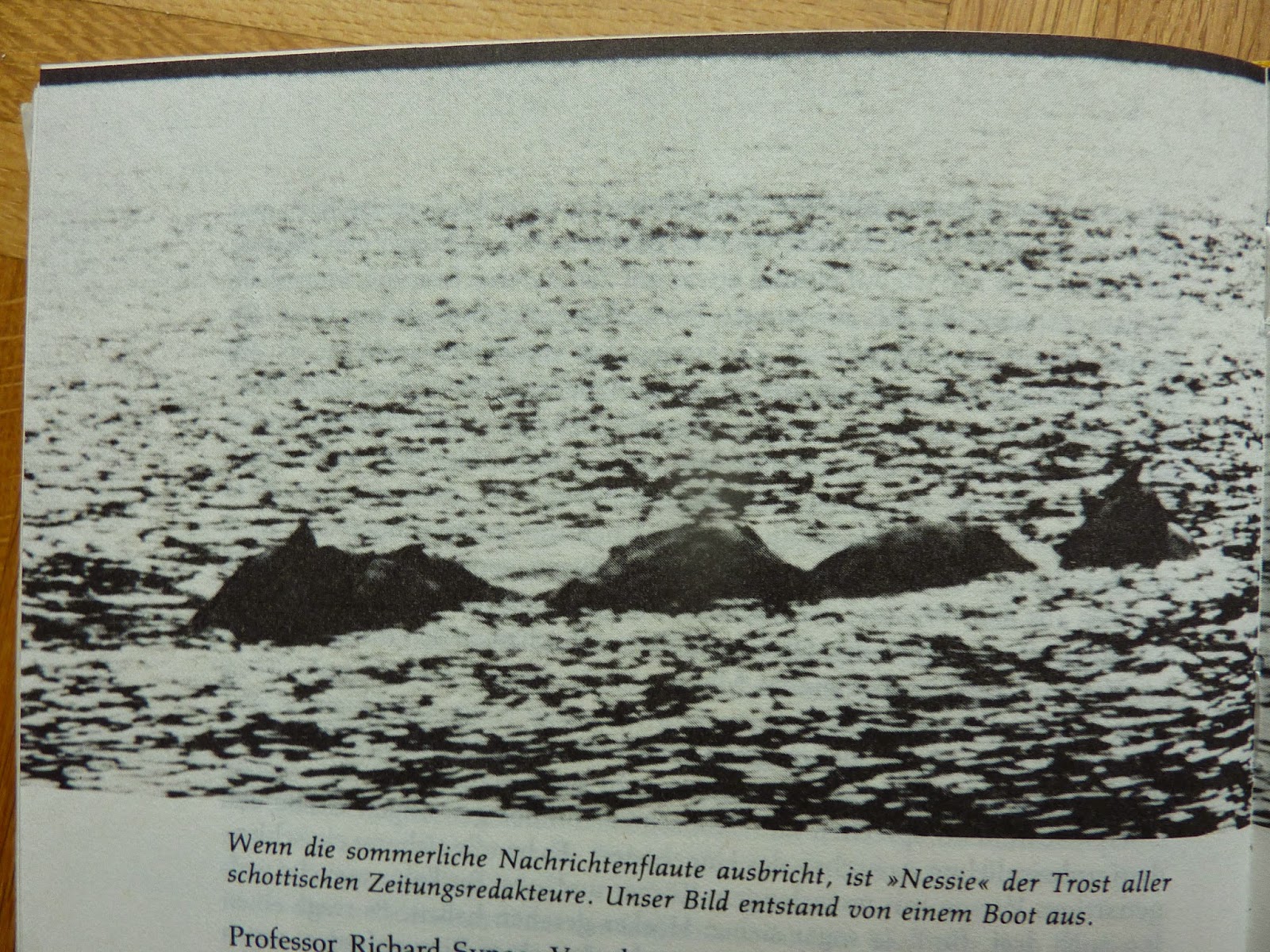 
Loch Ness Monster researcher, Ulrich Magin, emailed me with a three hump photograph that has been on his files for years. While it is of interest in its own right, he wondered if it could have a link to the legendary MacRae film that was recently discussed on this blog? I reproduce the picture above with Ulrich's email below.

You might be aware of me as a person that has commented upon the monster from time to time. I have read your column on the McRae film, and just possibly I have a clue. I am not very sure myself. There has always been an alleged Nessie photo widely used in German sources that appeared to be a still from it (or, if you want, a photo created in imitation of the alleged film). It might also be something completely different, and perhaps you know it. I enclose photos of two reproductions,

Both give as copyright holder Süddeutscher Verlag, Munich. At the time (ca 1980), I contacted that publisher, never to receive an answer. Some magazine reproductions were better than the enclosed photos, and you could just discern an almond/slit-like eye in the conical head at the left, to the left of the pointed, frill-like ears.

The photo (and it might be a still from an early SF film I am unaware of, etc.), however, contains many elements of the description: "three humps, together with the neck and head, are clearly visible. The neck is held low over the water and seems to be writhing to and fro. During the sequence, a bird flies down and lands on a stone in the foreground, which helps to give scale to the picture.

The Orm's head appears to be bluntly conical in profile - rather like half a rugger ball, to quote Mr Dallas. On the crest of the head are two hornlike sense-organs. Starting between these, and running down the neck, is a bristly mane. Mr Dallas said that this mane reminded him of baleen; it is stiff yet flexible and the texture seemed to him fibrous rather than hairy. Slit-like eyes can be made out on the head but they are not very distinct."

Clearly visible on the photo (it is the same in both books, no variation in the waves) are large, regular, very unlikely scales on the humps, which have not been commented upon by Holiday.

I would add that I do not recall ever seeing this photo. I agree with Ulrich that we really can't take this photograph further on our own. He has done the work at the time trying to track down further information. There is no background to indicate it was taken at Loch Ness and we know nothing about the photographer or his supposed encounter.

In that light, it could be anything from a staged hoax (such as this one from Germany) to a still from the MacRae film. I would only add that it was my presumption that the creature in the Macrae film displayed a longer neck. Anyway, if anyone has further information on this photo, send an email or add a comment below.