A Review of Nick Redfern's "Nessie" 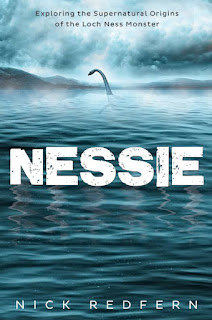 Having reviewed Malcolm Robinson's book on Nessie, I now move onto another recent publication by Nick Redfern entitled "Nessie: Exploring the Supernatural Origins of the Loch Ness Monster". Now, Malcolm's book had its fair share of references to the psychic, paranormal and supernatural. But, if that book was the starter on this subject, Nick's is definitely the main course.

Following in the tradition of Holiday's "The Dragon and The Disc", "Goblin Universe" and Shiels' "Monstrum!", we have waited over 25 years for another like minded book, and Nick Redfern is the man to continue this centuries old thread in the tale. Now, one would normally expect such a book to be rubbished as the majority of Nessie people continue to look to the biological for a solution.

I, too, seek an answer in the realms of zoology, but I can view myself as being able to critique Nick's book to a certain degree as I was in the paranormal Nessie camp many moons ago. In fact, if you want to read my views back in the 1980s, I refer you to one of the archived Nessletters from Rip Hepple here.

I also recently gave a talk at the Scottish UFO and Paranormal Conference in which I examined the links between Nessie and Ley Lines. Well, actually, I was regurgitating stuff I had done back in the 1980s. What I exactly think of those results, I am not sure myself!

Anyway, I move onto the book. If one is going to talk about supernatural Nessies, one must start at the beginning with St. Columba and progress through the tales of water horses, kelpies and other such mingled constructs of overlaid truth.

Opinions vary as to the nature of these beasts as perceived by those who once told tales of them to riveted audiences. Nick takes a view which is, shall we say, all encompassing as to their nature and relation to other Highland phenomena of the time and their shape shifting tendencies. You could probably call it a paranormal Grand Unified Theory.

Indeed, there is a large degree of overlap between my own book and Nick’s as the folkloric landscape is surveyed. The question is how literally should one take these tales? How big was the kernel of truth that was too often obscured by ancient raconteurs? That answer very much depends on who you ask and Nick supplies his own opinions on these pre-industrial demons.

Taking those demonic forms into the modern Nessie era is not normally done by the majority of researchers, but Nick takes this oldest of Loch Ness Monster theories and attempts to map it onto the modern phenomenon.

But how does one go about proving that the Loch Ness Monster is a supernatural beast? What exactly does that mean? Is it a product of the human mind or another mind? Is it a real sentient entity in its own right or does it even have a substantial form? Nick homes in on his answer as the book progresses.

Though having proven beyond his own doubt that plesiosaurs are not the answer, how do you do the opposite for a paranormal cryptid? The evidence is circumstantial. But then again, is that not the way of it with Nessie theories of all shades?

From that period and 1933 onwards, Nick narrates the Nessie story to the present day. There are the usual suspects plus a few minor typos on the way. Willox the Warlock did not battle the Loch Ness Kelpie, his ancestor did. Marmaduke Wetherell did not find the hippopotami spoors, he created them. Moreover, Loch Latch is written as Loch Laide.

But Nick follows a parallel course as he presents stories from in and around Loch Ness that suggest there is more to this area than just elusive aquatic beasts. With that in mind, we are regaled with stories of ghosts, the Loch Ness Hoodoo, UFOs, out of place cats, Aleister Crowley, exorcisms, Men in Black, witches and other strange people with somewhat magical designs upon the place.

Indeed, Nick will answer such questions as why researcher Jon Downes was butt naked at Loch Ness and what Boleskine House has to do with the Disney cartoon, The Jungle Book! But this all culminates in the sinister suggestion that a serpent worshipping cult may have operated at the loch, and may even do so today. The evidence for this is somewhat tenuous, but considering men are inclined to worship almost anything past, present and future, why should that surprise us?

After all, we have had the rituals of Donald Omand, Doc Shiels and Kevin Carlyon. Have we missed anything out? To this end, Nick refers us to further clues which I leave to your judgement.

Ted Holiday and Doc Shiels, of course, figure highly, as does Tim Dinsdale. Holiday’s untimely demise is viewed with suspicion. Shiels’ activities are not viewed with the same eye as Nick embraces him. His 1977 Nessie photos are generally rejected, but Nick puts up a defence, omitting to address the matter of the audio tapes featuring Shiels and friend Michael McCormick in 1977 which records them discussing how to fake monster photographs. Nick needs to reply to that before we proceed further with Anthony Shiels.

We know Tim Dinsdale was a member of the Ghost Club and had his own fair share of spooky stories (as well as an alleged demonic attack). However, Tim’s public opinion very much stayed in the biological domain. Did Tim secretly believe in a supernatural Nessie? Only his family and closest confidants can come clean on this, thirty years after his death.

As one that continues to believe in paranormal phenomena in other domains, I accept that strange things happen around Loch Ness. The question for me is how statistically significant they are compared to other geographical regions and what is the relation between increasing distance from the loch and diminishing relevance to the loch?

Moreover, having accepted the premise of a supernatural Loch Ness region, how do you use that to make the leap to a supernatural Loch Ness monster? And here’s the rub. Putting aside old tales of talking kelpies and indirect stories of other things around the area, what exactly is it about the modern monster itself that speaks of a paranormal nature?

The answer is precious little as Nessies don’t vanish like ghosts. They don’t do unnatural feats like fly off or speak to you. They don’t look as weird as werewolves or mothmen. They don’t give off sulphurous smells like devils or cause any strange synchronicities.

Maybe they don’t have to, but there are one or two things with better promise. The shape shifting thing; is that paranormal or normal? Nick points to variations in appearances described by witnesses. Perhaps so, but how much of that is accountable by intra-species variations due to sex, age or seasonality? How much of the variation is just down to the fact that eyewitnesses cannot deliver a 100% accurate description (but still accurate enough to point to a large creature inhabiting the loch)?

But all is not lost. As I close, there are some strange things that defy explanation for me. Ted Holiday’s weird experiences after the 1973 exorcism are not so easily dismissed and that strange figure he met near Urquhart Castle may not just be a mad motor biker. There are other tales that also make you think twice. I refer readers to the story related by Tim Richardson, which does not make it into Nick’s book, but points to something perhaps beyond the normal.

Is the Loch Ness Monster a demonic form, a psychic projection, a zooform or something else that is currently beyond scientific explanation? I know there are many people who class themselves as paracryptozoologists. It is up to them to continue to make the case for such a thing. I suspect their number is increasing; they just need to increase the arguments in line with that. 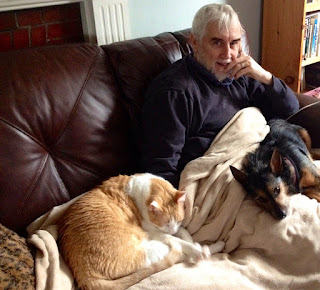 There are two things cryptozoologists can be fairly certain of. They can be sure that some ailment will eventually overtake them in old age and they can also be pretty sure that there is not much money in cryptozoology to pay the bills. Long time cryptozoological researcher, Loren Coleman, has come up against the realities of both as he recently went into hospital for another operation.

The concept of medical bills is a bit foreign to me as a citizen of the United Kingdom where the State funded National Health Service picks up the tab, but that is not the way it happens in the USA. However, the concept of not paying the bills from cryptozoological work is not foreign to me. So, with a bill of over $7,000 to pay, he has set up this funding webpage to seek help from compassionate people. I have paid something in to help a man who has helped keep the mystery of lake and other cryptids in the limelight.

I hope you can too.