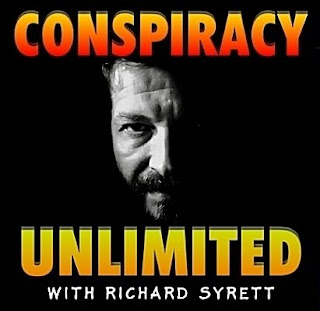 Firstly, I had a telephone interview with Richard Syrett of the website "Conspiracy Unlimited". You can click on this link to hear our chat on the Loch Ness Monster which covers a range of topics over about half and hour.


Meantime, I am also pencilled in for yet another talk at the Edinburgh Fortean Society on Tuesday July 10th of which details can be had here. I will be looking back on the year past with an emphasis on a few subjects of recent note such as the eDNA search.

A Loch Ness Monster Article from 1967 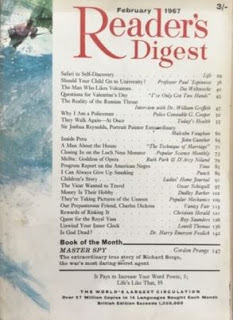 I have an old copy of the Readers Digest dated February 1967 in my possession which carries an article on the search for the Loch Ness Monster entitled "Closing In on the Loch Ness Monster" authored by a David Scott. The article is actually based on an earlier article dated November 1966 from the journal "Popular Science" of whom David Scott was the European Editor.

You can find that original article here, and it is interesting to see an article on the creature embedded amongst other features on space exploration, car technology, practical devices and electronics. Back then the Loch Ness Monster had more respect amongst scientific thinkers, partly driven by such items as the Dinsdale film, the O'Connor photograph and the Loch Ness Investigation Bureau.

The JARIC report on the Dinsdale film had been published earlier in 1966 and this seems to have also added grist to the mill as people began to focus more on the mystery of Loch Ness.  The optimistic title of the article laid out the various tactics and technologies that were in use and hoped to be used in what was seen as the final and definitive search for the monster.

To be more precise, it was the first and inconclusive search for the monster. Sure, we had people scanning the loch in the early 1930s and there was the brief Mountain Expedition, but nobody had seriously undertaken any kind of search as advocated by the likes of Donald Munro in the 1930s.

Then came the Whyte book, "More Than A Legend", the Dinsdale film and things began to gather pace with the formation of the Loch Ness Phenomena Investigation Bureau in 1962. They had been at the loch for four years when David Scott visited them, but still no film or photograph of any substance had been produced.

The article images follow below and you can click on them for enlarged views, but what of that oft used phrase connected with the LNIB that the more the loch was watched, the less the monster was seen? Yes, people outside of the LNIB continued to see the creature, but nothing came within range for the LNIB. This is seen as a disproof of the monster's existence or is it?

I say that because despite this being one of the biggest undertakings of the hunt, there is surprisingly little written in retrospect about the operations of the LNIB that allows one to evaluate the sum of the parts. We have various members of the organisation still alive and around today, but nobody has seen fit to write a detailed history of the organisation - warts and all.

Rip Hepple would occasionally refer to the workings of the group in his Nessletters, others incidentally referred to its operations such as Ted Holiday in his book, "The Great Orm of Loch Ness", so what we do have are some annual reports published by the Bureau which were sent to members far and wide. Someday we'll get greater clarity on the "eyes on the loch" in those days, in the meantime, enjoy an article from more optimistic times. 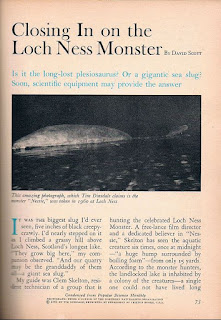 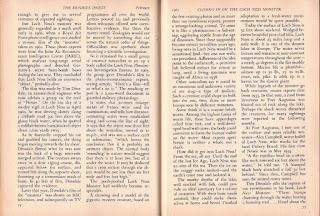 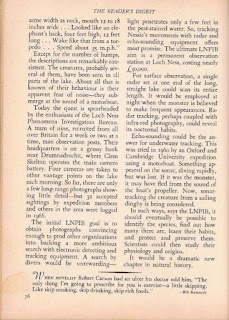