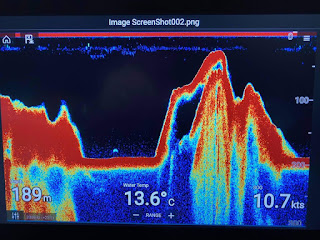 It has been a while since we had a sonar contact story from Loch Ness, but we have a good one here. The Mail on Sunday got a hold of the story and published on the 5th October. The gist of the main story is reproduced here for the record (these original links do sometimes disappear after a while) and I suspect the original print article had more information:

A sonar has detected a mystery 30ft long shape 500ft below the surface of Loch Ness - immediately sparking excited speculation from Nessie hunters. The 'solid and pretty big' sonar contact was picked up by a boat owned by Cruise Loch Ness. The mystery creature is likely to feed on trout and eels at the bottom of the loch, which has the largest volume of freshwater in Britain.
Director Ronald Mackenzie, 48, said: 'Who knows what it is, there is quite a lot of fish at the bottom of the loch, there is carnivorous trout and eels. I believe that there is something big living deep down in the Loch, who knows what it can be but I would love to think it's Nessie. It is something which is feeding on eels or trout. It is quite unusual.'
The mass was picked up around 4pm on Wednesday when Ronald was skippering a boat with technology from two years ago, about six miles from Fort August. The father-of-three added: 'A sonar expert has looked at it and says it's genuine. There is definitely something there. I'm going to give the image to the company which made the equipment to look at.
There were 18 'confirmed' sightings of the monster last year, making it the busiest year for claimed sightings since the peak of Nessie-mania in 1983. Last September, researchers from New Zealand claimed that the Loch Ness Monster could be a large eel, extracting DNA from water samples to test for this. Research carried out in 2018 revealed that the mythical creature is worth £41 million a year to the Scottish economy. 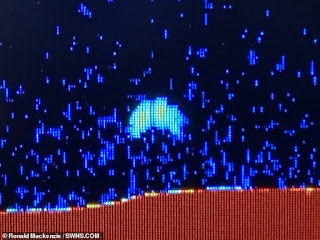 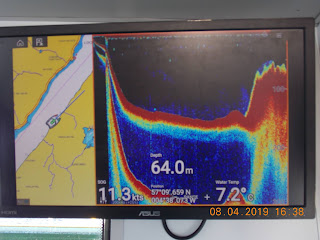 The point being such a collection - not a single rare image - confirms that if there are large creatures swimming deep in the loch, you are not going to get one hit every thirty years. It is going to be a regular event and the images will range from interesting but inconclusive to very interesting and positive evidence. Let's face it, boats may be obtaining these sonar traces a lot more frequently than supposed, but they do not make it into the public domain unless they are more impressive.
So Steve Feltham says this is game changing evidence and "potentially the best indisputable evidence for large unidentified animals swimming about in Loch Ness". I think what constitutes best evidence in the eyes of each Nessie follower can be influenced by what genre they regard as most important be it video, picture, sonar or testimony. 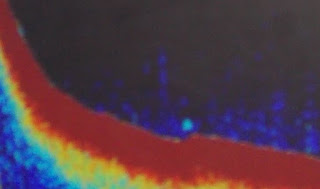 But I would say game changing evidence is determined with hindsight. For example, the Tim Dinsdale film was game changing evidence. We know this by what happened in the years following. Because people from all levels of society reacted to it in terms of attitudes and actions. The Loch Ness Investigation Bureau and all the other expeditions of the 1960s would not have happened if that film never saw the light of day. That is what I call game changing. Will this sonar contact have the same effect? I am not so sure.
I say that because we live in a much more sceptical age and the activity of the 1960s is unlikely to be reproduced as a result of evidence today. People are harder to convince today. What we may hope for is a like for like reaction. Various sonar manufacturers in the past have visited the loch to test their equipment. This may encourage some more to mount a more thorough and technical visit. However, the issue here is that the loch is already regularly swept by sonar by the various tourist boats from the top to the bottom of the loch and I suggest there are enough sonar images in the public eye or held in private. What are another few boats going to add?
The reaction has to be in superior equipment deployed at the loch such as the cutting edge Kongsberg family of autonomous underwater vehicles such as the MUNIN variant shown below which was trialed at Loch Ness back in 2016 when it found the remains of the 1969 Sherlock Holmes movie monster prop. The ability of this device to approach objects and areas of interest and thus produce more detailed sonar images is an obvious advantage to surface bound emitters. 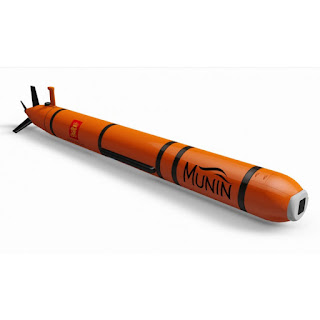 The quality of the prop image below means a real monster could be resolved from a mere crescent shape to something approaching its real shape and form. There is however one problem as I found out when I contacted Kongsberg. If you want to buy such a sonar torpedo, it will set you back about £1,750,000 ($2,300,000). What if we just rented it for the duration of the search? That would be about £8,000 per day ($10,500) not including the specialists you would have to pay for to operate the complex equipment. 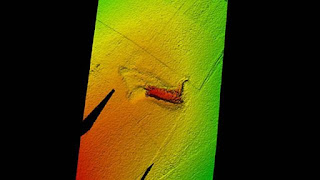 That is probably not surprising for such cutting edge equipment and one would also have to consider how long the UAV would have to be deployed for in order to finally obtain a viable target to pursue? Days, weeks or months? A month's rent would cost £240,000! Also, could the monster out swim the maximum speed of the unit which is about six knots (7 mph)? Clearly, throwing such a large amount of money at this heightened level of search carries its own risks.
How game changing does evidence have to be to move some tech company, rich individual or sponsor company to put their resources or money at the loch's disposal? Only time will really tell on that score.
The author can be contacted at lochnesskelpie@gmail.com
Posted by Glasgow Boy at 05:25 73 comments: