Do you remember this picture from back in 2011? It created a bit of a stir back then and made its way into the national newspapers. At the time, I published a couple of blog articles (here and here), but I stated that until I heard from William himself, I couldn't really say more.

That time came last Saturday as William came up to talk to me at the Scottish UFO and Paranormal Conference in Glasgow. I am glad he did as I now have a much clearer picture of what happened over those days in May 2011 straight from the man who witnessed and photographed the Loch Ness Monster.

Right enough, I am now moving from somewhere between neutral and the theory that this was just a piece of garbage that had floated into the loch. I now take the view that William took a series of photographs of Nessie and that his account was distorted and downgraded by the media  (despite the sceptics telling us that the papers have a habit of "bigging up" Nessie reports). William told me that the tip to the right of the picture is the tail of the creature. 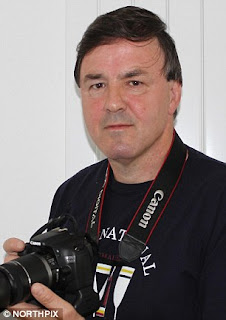 Of course, speaking face to face with a witness makes a difference and I was convinced of his sincerity and genuineness. That may not stop sceptics saying that he genuinely misinterpreted something he saw, but based on what I heard and saw from him, that does not look likely. The thought that struck me was why no one else had come forward with a photograph of this so-called piece of rubbish floating around in the loch? After all, it wasn't going anywhere and there are more than enough tourists around Fort Augustus Pier in late May watching the loch with their cameras.

Anyway, the story is not for me to tell at this point in time. William told me that his story and photographs will be appearing in Malcolm Robinson's soon to be published "The Monsters of Loch Ness". I spoke to Malcolm at the conference on Saturday and it looks like it will be out in about a month. I won't steal his thunder and I will comment further once the book has been published and reviewed here.

Just saw this on Facebook. The things you find at Loch Ness (I think this is Dores beach). Apparently there is some filming going on there and it looks like someone made a visit to the local abbatoir. As explained in a previous posting, scenarios such as this are not likely due to the loch's topography and chemistry.

The Daily Record catches up with the story here.

Steve Feltham also reports from the scene by video here.

Details about the TV drama series behind this publicity stunt can be found here. 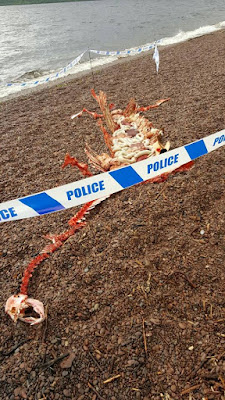 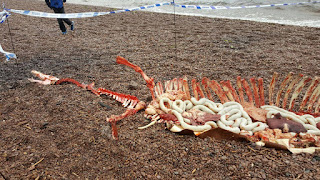 Meanwhile, what is this that has just been photographed at the London Docks? Was it the cause of the previous humps videos? Going by the photos I have seen it looks about three to four foot long. 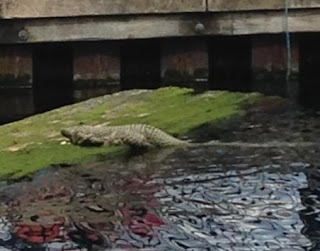 Video Lecture: A Paranormal History of The Loch Ness Monster

For your delectation, here is the video of my lecture given 25th June on a paranormal history of Nessie. This was part of the 2016 Scottish UFO and Paranormal Conference. It was a good time as I revisited my old Alma Mater, Glasgow University, where I studied Astronomy, Mathematics and Natural Philosophy under such people as Professor Archie Roy (who was unbeknown to me at the time a leading psychic investigator). This time I came to learn about demons, poltergeists, sasquatch, UFOs and mushrooms.


I decided to give the paranormal view on the Loch Ness Monster by way of a history of such thinking. Given that many attendees may not have been fully familiar with the subject, I also began with a general history of the subject. The Sunday Herald newspaper ran an article on the conference, which you can read here.