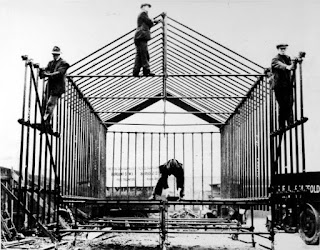 It is the ultimate dream of any monster hunter, obtaining final and decisive proof that there is indeed a large and exotic beast in Loch Ness. But for others, the ambition has extended to capturing a specimen dead or alive to put the matter beyond even the doubt of the most ardent sceptic. Apart from the kudos such an achievement would bring, the other motivation is financial as various individuals and organisations over the years have offered rewards for such final proof. The recent news of yet another reward being put on the table brings the history of this side subject into relief. 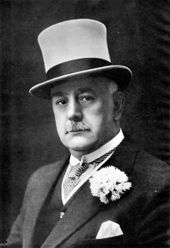 The first we hear of such a reward was in 1934 when circus owner, Bertram Mills (above), offered a reward of £20,000 for the monster's capture. One presumes that on capture, the monster was to be handed over to Mills in exchange for the money. It is also pretty clear that Mills' motivation was entrepreneurial rather than scientific as one suspects he would immediately have put the creature in a huge tank of water (or the cage above) and embarked on a lucrative national tour in order to recoup his investment with interest. Quite what the scientific and secular authorities would have made of Mills making off with a gigantic new species is another matter. I doubt he would have got very far if they thought this was the scientific event of the century. As you may have guessed, Mr. Mills did not get his monster and had to make do with the one below. 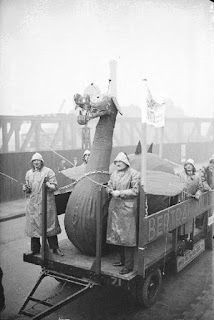 Such stunts often go hand in hand with Nessie fever and so the next reward turned up in 1971 as interest in the monster was again mounting. This time round, whisky distillers, Cutty Sark, offered a generous one million pounds for the capture of the beast. Why a whisky manufacturer would get into this is probably to do with the increased probability of sighting the monster if their product was consumed in sufficient quantities. Be that as it may, they began to get cold feet when they heard about the various expeditions planned for the loch, including the Rines underwater expedition which was to enter the monster's own lair in pursuit of it.

As a precaution, they asked insurers Lloyds of London to underwrite the whole caper, but they refused on the grounds that it was an unquantifiable risk. When the newspapers got wind of this, Lloyds backpeddled and calculated the premium but also made some demands if they had to pay out. Namely that they got to keep the monster and that they would only pay out if the creature was in excess of twenty feet long and that the Natural History Museum would verify it as a genuine Loch Ness Monster. How the Natural History Museum went about verifying a genuine Loch Ness Monster is beyond me and though one can imagine what a circus could do with a twenty foot monster, the answer is not so clear for an insurance company.

Things then went quiet again until 2007 when a leading bookmakers firm, William Hill, offered another £1 million for verified proof of the monster's existence. This was to be again confirmed by the Natural History Museum but there is no mention of a capture and I doubt the Museum would accept anything other than a specimen, dead or alive. This stunt seems to have been cooked up in conjunction with the RockNess festival as the bookies also handed out 50,000 disposable cameras to attendees. I doubt one is going to get anything irrefutable on a throwaway camera.

But the rewards seem to have become a bit miserly in recent years as the organisers of the 2015 Loch Ness Marathon offered a mere £50,000 to any runner who managed to take a selfie with Nessie. Would any self-respecting monster hunter get out of bed for anything less than a million? Personally, I would be too busy looking at Nessie rather than having to turn my back on her for a pittance of fifty grand. Any selfies would have been submitted to a "panel of experts" for verification, but the Natural History Museum seems to have been frozen out of this one.

As an aside, I liked their comment "given the number of confirmed sightings of the Loch Ness Monster throughout history, participants are probably better off buying a lottery ticket" because I am not sure how many "confirmed" sightings there have been! Who does this "confirming" anyway? Perhaps yet another mysterious "panel of experts" which issues verdicts such as "duck", "log" or "boat" as the sightings come in but does give out the occasional "monster" verdict? Well, you get my point, every claimed sighting of the monster is disputed and none has ever received unanimity let alone a large majority.

This miserliness brings us to the present day as games developers, Capcom, joined forces with cryptozoologist, Jon Downes, to also offer £50,000 for "genuine evidence" for the monster. Once again, the reward is offered to garner publicity for a product, in this case their new monster video game. But this offer actually seems to be guaranteed an outcome as the winner will be announced in July. So it seems this is more a "best picture" scenario along the lines of the annual competition run by William Hill every year. However, the William Hill reward is only £1,000, I suspect there may be one or two "better than usual" pictures coming out from Loch Ness this summer as the temptation of grabbing fifty big ones proves too much! But having spoken about miserliness, in fairness, Capcom and the Loch Ness Marathon are not asking for the capture of the monster, so perhaps we can forgive their frugality.

Looking back on all these stunts, I would have thought Betram Mills' offer was the only genuine one amongst them as he had a clear interest in getting such a famous beast for his menagerie. But who is the winner from all these rewards? Mills' 84 year old offer of £20,000, adjusted for inflation, comes to a hefty £1,360,000, but the clear winner is Cutty Sark with a stupendous inflation adjusted figure of £13.4 million. Wow, no wonder there was so much monster hunting activity around Loch Ness in the 1970s!