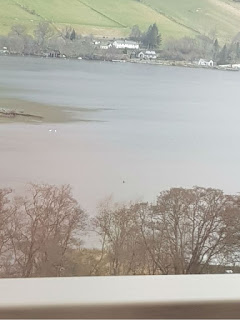 The Nessie season appears to have kicked off with a new photo (above) purportedly of the Loch Ness Monster taken eleven days ago. The story from the Scottish Sun runs thusly:


THE Loch Ness monster appears to have become active once again with two apparent sightings in just five days after the beast had not been for a whole month. A woman from Manchester claims to have spotted and photographed the creature on February 23.

Lisa Brennan, 30, and her partner, Danny, 37, were driving near to Urquhart Castle when they made the first February sighting. Lisa's snap shows a L-shaped black object on the water which could be taken as the head and neck of Nessie.

She said the object disappeared shortly after she took the image. Lisa said today: “We were driving around the loch and as we got to Urquhart Bay, just before the castle, I spotted a dark object around 3ft tall above the water surface. “I shouted, ‘Oh my god I've just seen something.’ He slowed down the car, didn't believe me but each to their own. "By the time I had got the camera ready on my phone the object had lowered into the water so I only managed to get as much as I did on the photo as it then disappeared into the water.

“I made him turn around at the castle and go back to see if we saw anything else but unfortunately we didn't. Danny didn't see anything as he was driving, but said my reaction to what I saw was very convincing.” 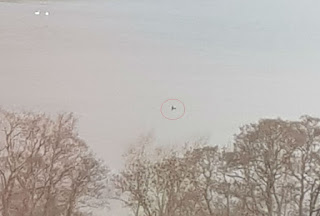 On examination of the picture, it was my assumption that the two white dots further up may be seagulls or swans which implies the object of interest is not that big, even allowing for its closer proximity. The sandbank near the two swans/seagulls forms part of the Coiltie-Enrick estuary. Having said that, Lisa's estimate of three feet would back up that "small" feeling. The object submerged, which is normally a useful feature, but they then briefly departed from the scene to turn around which allows time for any bird or other water animal to fly off or swim out of view.

So, nothing to see here, move on. The first of the blobby nessies has arrived to continue the line of, at best, inconclusive pictures over recent years such as those taken by Natalie Hodgson, Isla Ross, Charlotte Robinson, the Locke family and so on. Poor mobile phone cameras, too far away objects and so on. The trouble is when something interesting surfaces close by (such as that by Ricky Phillips), a dose of toogoodtobetrueitis sets in plus close up shots lose the context of where they are, thus obscuring the overall picture. The happy medium between close proximity and background is something surprised witnesses are unlikely to control.

As an update, I could be more cynical and invoke the tree debris that was photographed in that area in 2017 when the Hayley Johnson picture was being discussed. It does have a curious resemblance to the object above, but is it still there? Of course, if it was a log, then our witnesses are not being  truthful about it disappearing. Hmmm. 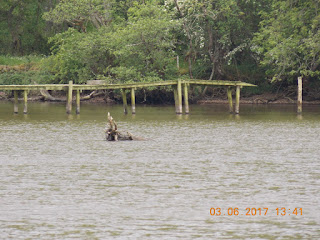 But both men say they have reached the disappointing conclusion that Nessie there never was a prehistoric monster living in the loch. And they claimed that the recent sighting, like the more than a thousand other Nessie sightings down the years, have a much less fantastic explanation.

Had Steve Feltham stopped believing in a monster in Loch Ness? The statement was actually a bit more nuanced as it referred only to a "prehistoric monster" which I presume is meant to encompass such long extinct creatures as plesiosaurs, basilosaurs and so on.  Yes, well I must admit I don't hold to those either. Steve was quoted on his giant catfish theory again and Adrian mentioned his old theory of sturgeons.

As for this week's picture, let's hope things improve from hereon in and something akin to the picture below will turn up. Just make sure y'all get your vaccine shots for toogoodtobetrueitis first. 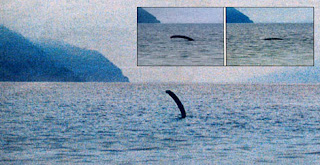