An article appeared recently on the sceptical blogosphere by Sharon Hill. You can read it here, but suffice to say the summary of it was that the Loch Ness Monster mystery has been solved and why keep looking for a mythical monster when science and logic has laid this to rest? This was followed by the retort that people couldn't give up on monsters because:

Is that true or is this another of those overstated articles by sceptics that I have read too often over the years? Well, let me first of all state that going by the response of various sceptics since this blog started in 2010, I would not agree that emotion is the monopoly of the "believers". In fact, if insults and pejoratives are the outward expression of an inward emotion, the sceptics take the gold medal every time.

To put it mildly, the kind of scepticism one comes across is far removed from the Mr. Spock genre where the eyebrow is raised and the word "Fascinating" is uttered before we are told "Captain, the odds of the Loch Ness Monster existing is 132691.2 to 1 against.".

Of course, emotion plays it part and that is to be expected when it comes to people - on both sides of the debate. As to the accusation of being over-invested, perhaps Sharon ought to name names so we can put her assertion to a proper test?

Is the mystery solved? Is Sharon familiar with the critiques of her own and others' critiques? After all, when sceptics dictate suggest that two people who saw a 15 foot, two humped, grey creature from only 20 yards away that was "hideous" and "not a pleasant experience", only saw a common deer, you will forgive me for not taking them seriously.

Or when another sceptic decrees speculates that an experienced angler who claimed to have seen a thirty foot animal at a similar distance, only saw a cormorant; again if this is how sceptics go about "solving" the Loch Ness mystery, may I suggest they are the ones who are over invested in their theories so much they can't be objective!

There are, of course, other such cases I could call upon which leave sceptics floundering like a landed sturgeon or catfish. They could just say everyone is lying, but where is the fun in that? As for the other reasons Sharon gives for why no one could ever have possibly seen a large, unknown creature in Loch Ness:

"Sparse food supplies"? Yes, that has been covered (one sceptic rubbished this, but strangely never came back when I asked him to explain why).

"Does not breathe air"? Just exactly why does it have to be an air breather, Sharon?

"Doesn't die"? Can you quote me on who exactly says this?

"Doesn't have babies"? I think Sharon is now letting emotion rather than logic drive the keyboard! Again, who is saying this?

"Avoid detection during thorough scans of the water body"? Excuse me while I take this one with a pinch of salt. They only recently found the similar sized Sherlock Holmes prop monster after 45 years. So tell me how these "thorough scans" managed to miss this? Even when interesting sonar scans are produced, the experts have no idea what they are looking at and one leading sceptic even declared that sonar is useless in establishing the presence of large animals in Loch Ness due to its ambiguities.

Which brings us to the main point of the article. Basically, we are being told that Nessie should have been found by now. We are told that science has probed the world of the subatomic and found planets beyond the Solar System. Surely establishing the presence of such an animal in Loch Ness is not rocket science?

Sadly, this is another non-sequitur. The particle smashing Large Hadron Collider project only cost $6.4 billion while the planet finding Kepler telescope was a snip at $600 million. Yes, Sharon, science works when enough money is thrown at it. Remind me how much has been spent on investigating the Loch Ness Monster with state of the art technology?


To assert that a Nessie should have been found by now is, of course, a subjective statement. How was this deduction arrived at? Because someone has found a quark or an exoplanet, they should have found Nessie?

As Mr. Spock would say, "That is illogical, Captain".

Gary Campbell, on his register of Loch Ness Monster sightings publishes a photograph taken on May 1st this year by a tourist. The account runs thusly:

1 May 2016 - a visitor from Texas took pictures of a dark creature just under the surface following the boat she was on. The sighting was at approximately 1330 hours and lasted 30 seconds. She said that she initially thought it was a shadow but then realised that there was nothing behind her that could cause such a reflection. 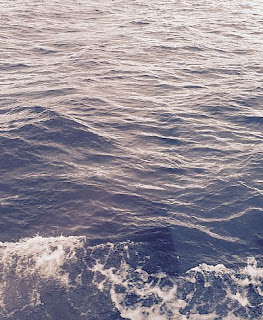 Now I must admit, I am struggling to see what is in the picture. I can see a shadowy form, but it is too inconclusive to form an opinion. Others may be able to see something I cannot.

By the way, congratulations to Gary Campbell on the 20th anniversary of his sightings register. That milestone is covered in a Daily Record article today. Gary had his own sighting of something like a "mini-whale" with a "black shiny back". Clearly he thought it was no seal (which always seem to turn up at Loch Ness when an explanation is required), and this prompted him to start his register.