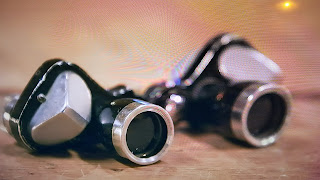 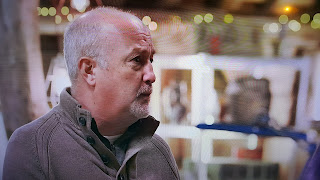 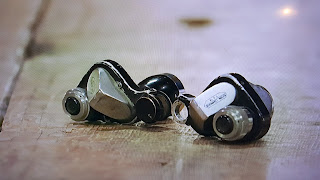 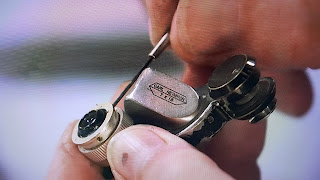 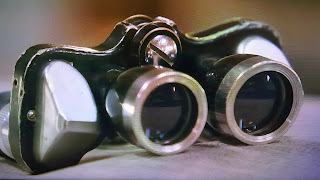 Another Nessie Land Hearing (as opposed to Sighting) 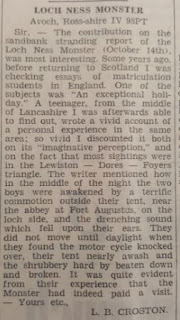 As a follow up to the story of Arthur Kopit and the walrus like noises he heard in 1962, we have a similar story to tell here and this seems as good a time as any to recount it. It is from a letter written to the Inverness Courier dated 11th November 1975. It is from an L. B. Croston after the Courier had published an account of the better known Lipinski land sighting some weeks before.

Sir. — The contribution on the sandbank stranding report of the Loch Ness Monster (October 14th), was most interesting. Some years ago, before returning to Scotland I was checking essays of matriculation students in England. One of the subjects was "An exceptional holiday." A teenager, from the middle of Lancashire, I was afterwards able to find out, wrote a vivid account of a personal experience in the same area: so vivid I discounted it both on its "imaginative perception" and on the fact that most sightings were in the Lewiston - Dores - Foyers triangle. The writer mentioned how in the middle of the night the two boys were awakened by a terrific commotion outside their tent, near the abbey at Fort Augustus, on the loch side, and the drenching sound which fell upon their ears. They did not move until daylight when they found the motor cycle knocked over, their tent nearly awash and the shrubbery hard by beaten down and broken. It was quite evident from their experience that the Monster had indeed paid a visit — Yours etc., L. B. CROSTON.

Thus ends the short account to add to the roster of land reports. Like Arthur Copit, the emphasis on the story is no so much what was seen as what was heard. Our unknown teenager had effectively filled in a sighting report by way of an essay for his tutor to mark. Where that interesting essay is now, is anyone's guess and all we have is a brief summary by his teacher attempting to remember the event years later.

The disconcerting story could have happened in the 1960s or even further back in the 1950s, who knows? I would like to think the teenager is still alive and with us, albeit now perhaps a pensioner. But all we have are a few sentences, and what can we make of them?

One may be inclined to think the hapless teenagers had merely experienced a stormy night at the loch as incoming waves battered bushes, tent and motor bike. The mention of drenching and a tent awash may suggest this and since they did not venture outside, they cannot be ever sure a large creature was roaming around their tent late at night.

On the other hand, you would think they would know the difference between a stormy night and a disruption which put them into that unsettled state. Indeed, it is unclear whether any of the noises described could be classed as vocalisations rather than noises produced by collisions between one object and another?

I fancy this account happened on the beach at Borlum Bay which is just on the other side of the River Tarff from the Abbey. Needless to say, Mr. Croston's remark about the "Lewiston-Dores-Foyers triangle" is a bit simplistic as the Abbey area has had its fair share of reports over the years. But as to what exactly happened that night decades ago, we need more than this.

A search of the genealogical records reveals Mr. Croston to be Leslie Banks Croston who died in the Black Isle in 1980 aged 71. From another search he turns out to be Major Leslie Croston from St. Helens, Lancashire and confirmed by this 1972 Aberdeen Press and Journal picture of him. 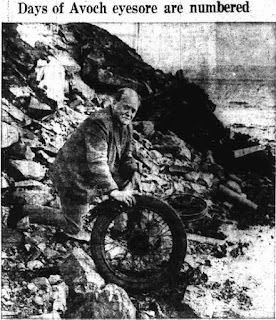 He also owned the Norscot Marina Restaurant in Avoch. The reference to a Lancashire student suggests he previously taught somewhere in that area, perhaps in a military school, but that is more speculative. If the school could be identified, then one would then look for an "alma mater" website or forum and ask who remembered Leslie Croston. Well, that may require a bit more work, perhaps others can help out here? And with that I will leave it there.