On the back of my own lecture in January sea serpent researcher, Charles Paxton, will be giving a talk about the Loch Ness Monster on April the 9th, 2013 at the Scottish Fisheries Museum in the harbour town of Anstruther, near St.Andrews in Fife, Scotland.

The talk will explore what science says about the biology of the loch, about what people see and the probability of an unknown species in the loch.

You can find more details here.

Rip Hepple, veteran Loch Ness Monster expert, has published the latest issue of his long running Loch Ness newsletter, "Nessletter" (dated November 2012). As usual, it is a good read, but if you want to find out for yourself, his address at:

Subscription rates are: £3 (UK) or $10 (USA) for 12 issues (published intermittently, not monthly)
R.R.Hepple
7 Huntshieldford
St John's Chapel
Weardale
Co Durham
DL13 1RQ
United Kingdom
I would point out that an archive of Rip's older newsletters can be found here. This is half complete, but I have now scanned the remaining newsletters and uploaded them to Google Drive. All that remains is to add these as links to the aforementioned archive link.

Rip's newsletter will enter its 39th year next month and has been a valuable source of information and analysis throughout those years. Here's to another year! 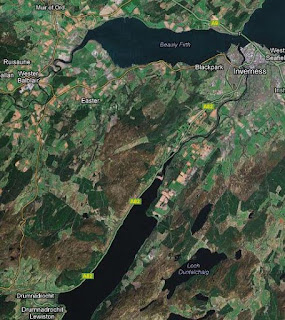 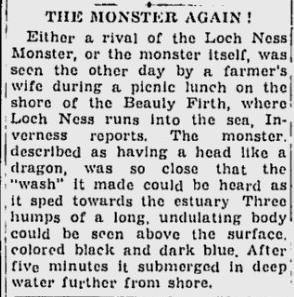