Update on the Ricky Phillips Picture 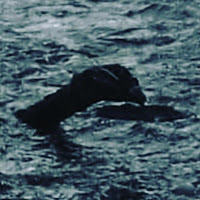 I was back at the loch a few weeks back and managed to do an onsite visit at the spot where Ricky Phillips took his photograph. I will get onto those in a minute but first the picture below was sent to me by a person by the name of "yeezy man" who also commented "Here's the full version of Ricky's purported 'Loch Ness Monster' photograph. As you can see, he clearly just cropped a bit of log sticking out of the water."

However, it is a tiny 13kb in size and so is not the expected full multi-megabyte image, so I would ask him, if he has it,  to send the full EXIF image so a proper analysis can be done and also explain how he or she came by this image. Ricky Phillips is, of course, invited to offer his comments on this image, but he has already told me it "looks a bit fake". Either "yeezy man" is lying or Ricky is lying, it is as simple as that. 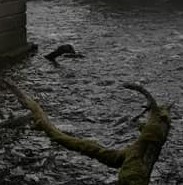 The image above was taken under the disused stone railway bridge at Fort Augustus rather than near the disused wooden bridge further along. As an update, the second photograph was emailed to me and expands everything out with a comment by Ricky himself. No need to say much more and it's good to have an Internet which allows such communications. However, and as ever, Ricky has the right of reply right here. 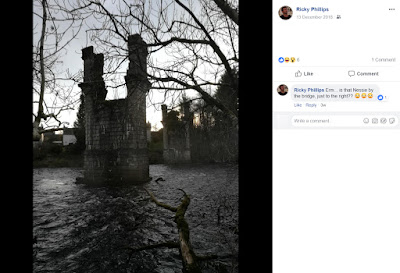 And here is a third photo sent by Ricky himself of a log at the same spot which does bear some resemblance to the object, though Ricky was not saying if it was his object! 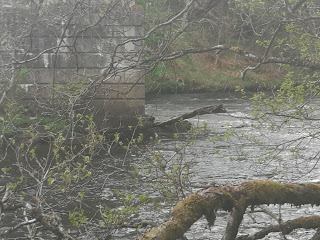 It is probably a bit moot now, but I visited the site as mentioned and took some pictures from the spot Ricky identified. The map of that location as well as the direction of the sun at that time is shown as a yellow line.

I talked to the anglers you can see in the picture and it turned out they were regulars at this spot and so I showed them the photo and they were unanimous in saying it was just a branch. Okay, fair enough, but when I asked if any believed there was a large creature in the loch they all said "No". 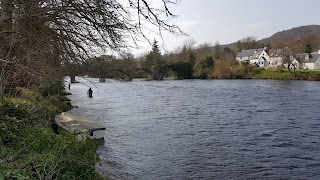 They said the depth of the river reached up to eight feet depending on rainfall and they pointed me to some branches that had washed up on the shore which I pictured below, though they they didn't bear much resemblance to the object in the picture and so were not of much use as regards an assessment. Needless to say, looking for anything from the time Ricky took his photo was a futile venture. 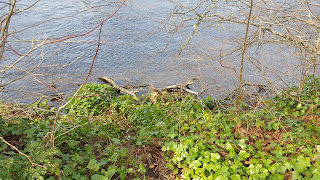 So things may have moved along or just got muddier. Therefore, comments are welcome, but especially from "yeezy man" and Ricky.