Where was Nessie during the Ice Age?

Over ten thousand years ago, Loch Ness was covered in ice as the whole of Scotland succumbed to the last glacial advance. Note I did not say "last Ice Age" as apparently because there are polar ice caps today, we are technically still in an ongoing ice age (albeit a quieter phase).

However, since we assume the Loch Ness Monster had some ancestors, where would they have lived? The answer may come from a recent study on salmon genetics explained in this BBC article. The headline tell us:

An area of coastal waters around North-West France has been identified as a site for a previously unknown ice-free refuge for salmon during the Ice Age.

Now since it is believed that the monster feeds on salmon running in and out of Loch Ness, could it be a case of "follow the money" or "follow the salmon" when it comes to Nessie's previous abode?

In that light, perhaps the Loch Ness Monster was the "Hurd Deep Sea Serpent" after the name of the location for these ancient salmon? Furthermore, as the ice receded and the salmon progressed northwards, it seems more reasonable to conclude that these monsters would have entered the Great Glen from the south rather than the northern Moray Firth. That is based on the assumption that the north would still be more ice bound than the warmer south.

When the great glacial lake at Glen Roy broke and inundated the area with water, it is conceivable that the relocation of the monsters to Loch Ness was completed when the rushing waters headed north through Loch Ness and into the sea (link) taking many a creature with it but some managed to stay in Loch Ness.

Unfortunately, the abundance of salmon now passing through rivers has declined markedly since the 1980s and one wonders how that has impacted the diet of the Loch Ness Monster.Hopefully, not enough to drive Nessie back to the sea! 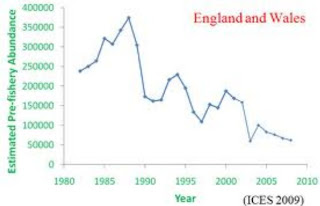