Who is Mickey Weatherly? 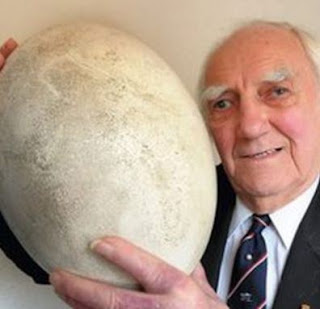 I now quote an article from the Adventure Club of Europe.

This letter from Mickey Weatherly was written in 1940, but was handed over to the members of the Adventure Club of Europe in 1994.

Dear friends and colleagues of the ACE,

I would like to apologize to you all with all my heart. When you will get this letter, then my secret is probably somehow betrayed. Yes, I falsified the photograph of the creature in Loch Ness. But, to my soul, I would like to say heartily that I have personally seen this being and proved its existence. In 1932 the great goal of my life was fulfilled, I found the evidence of a being in Loch Ness. I had risked my life there several times in dives since the difficult tectonics under water, the sharp-edged stone slabs and an opaque arrangement of caves make the superficially quiet lake a subterranean labyrinth.

Loch Ness is dark waters and I meant not only the color. The lake holds a secret. It is deep, gloomy, and unyielding, like the sea itself. I don’t have to tell you how much this mystery kept pushing me into the highlands of Scotland, is it not an incentive for all of us to curb these secrets of the world? On one of my dives on 21.08.1932 a white plate shone through the dirty, gloomy water. I tried to grab this plate, but it was heavy, very firm and unusually furrowed. Nevertheless, I could grab it, and from the entanglement of mud, algae and the tribulation of the lake a huge egg-shell appeared. Yes, my dear colleagues, a bowl of ice about 1 meter long.

I noticed how the wave movements in the water grew stronger, as the pressure changed, and in the cloudy a still more turbid being swam towards me. I swear to God, I looked the dam straight into the eyes. My lungs were filling with water, dirty, muddy water. I wanted to spit. On a sharp edge my air hose had blended. I would not give this egg for my life, but I had to get to the surface. The wave movements made the orientation difficult for me, and the egg shell I held were pushed repeatedly, as if this Loch Ness creature would want to prevent the proof of its existence at all costs.

I lost consciousness when I saw the sunbeams of Scotland in front of my eyes. When I woke up and was still alive, I also had the egg next to me. Heureka! But my euphoria was suddenly quenched by the reactions from the presumed research. But what kind of researchers are these, what servants of the truth are they, who accused me of lying? They claimed that my lack of oxygen had dampened my senses, that my craving for attention had invented the piece of evidence, and that my relic, the egg, whose battle I had almost lost my life for, was a simple stone showing its age.

I went for diving several times at the place where I found the egg, but could never again look into the dark eyes of the Loch Ness. This disgrace, this disappointment and then this rage. They drove me to this. Yes, I displayed the photo some months later and today I feel ashamed about it. But at that time, I wanted to give the research, what they returned to me only with mockery. It would give me some peace of mind, if Nessi’s egg, would get exposed at an exhibition venue here in the Adventure Club of Europe, where it would be taken more seriously by real adventurers.


Quite a story you may think albeit with various errors. Just in case you think we have a Nessie egg in a similar fashion to "The Water Horse" film, it is all just a fiction. The Adventure Club of Europe is a new addition to a German theme park, so you can go along and see the egg for yourself if you are nearby. 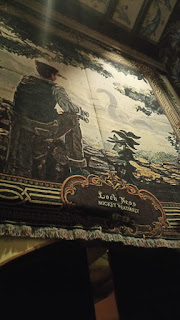