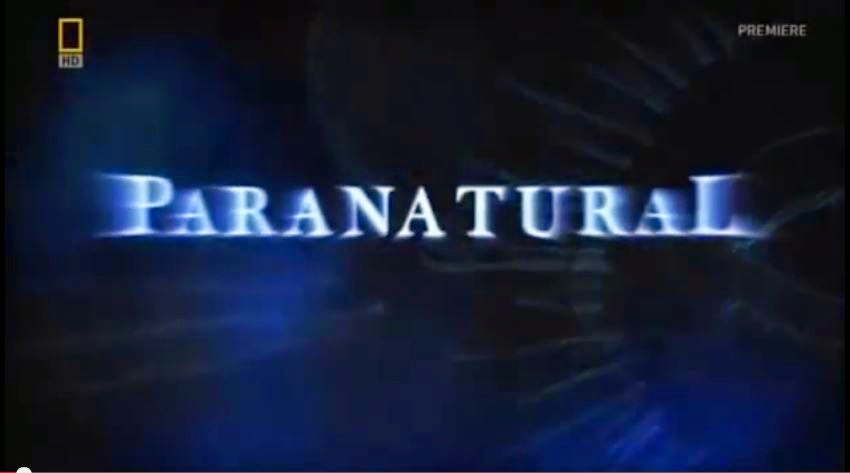 The National Geographic channel televised their next episode of "Paranatural" on the 28th November and lake cryptids were the subject. Going by the internal evidence of the programme, it must have been made about 2010-2011. I review that documentary here.

Three of the most famous lake cryptids were covered in the hour long programme, the Cadborosaurus of the western Canadian coast, the monster of Lake Champlain, Vermont, USA and the Loch Ness Monster of Scotland. Or to use their nicknames, Caddy, Champ and Nessie.

The programme interchanged between the three waters as experts were consulted, eyewitnesses interviewed and searches undertaken. In the case of Loch Ness, pro-Nessie researcher, Mikko Takala was pitted against sceptic, Adrian Shine. I say "pitted", but I doubt these two men would be likely to confront each other in a debate, given that there seems to be some friction between them. 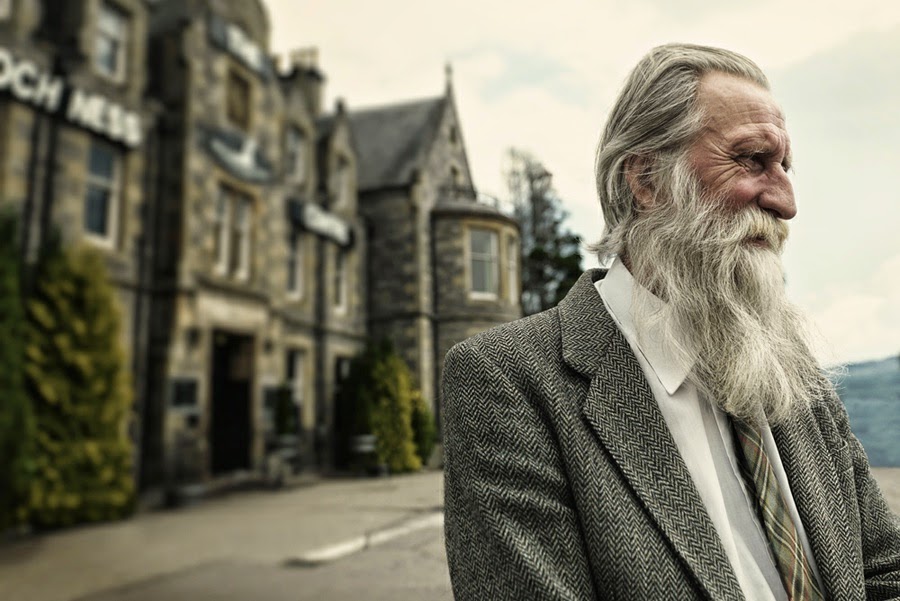 Mikko Takala has appeared on one or two Loch Ness documentaries before and came across as a seasoned researcher, but he is a bit hard to evaluate. Mikko maintains the website "Nessie on the Net" and describes himself as:

But the context of the page and the Carlsberg "probably" makes it clear he is not taking himself seriously. In fact, the whole website is a satire on the art of monster hunting, be it pro- or anti-Monster. I don't see much in the way of serious research which makes me wonder what direction he is coming from.

As you can see from the picture above, his is not averse to promoting his website and, indeed, when he was filmed for the documentary, he had another promotional shirt on. However, the editors confounded him by blurring out the text! Not that this was a particular wrist slap for Mikko, I have seen editors blur out multitudes of clothing brand names in other documentaries.

His assessment of other Loch Ness researchers suggests he has an issue with Adrian Shine. Indeed, as a computer programmer, he was involved in the setup of the Loch Ness 2000 exhibition at Adrian's Loch Ness Centre. That relationship did not seem to end well and he now actively promotes the other exhibition down the road and regularly takes sideswipes at Adrian. I can see how it was best to keep them apart for this documentary.

Having just seen Adrian on the previously reviewed "Missing Evidence", I suspected I could predict everything he was going to say. But, it has to be said, the target audience are those who are not well acquainted with the mystery. Adrian must be near his mid-60s by now and I wonder who is going to replace him in future documentaries once he retires from the Loch Ness scene?

But back to monsters and the photograph taken by Richard Preston in 2010 was presented as evidence for the Loch Ness Monster. I covered this photograph at the time and was not convinced this was a Nessie, mainly because Nessies are not white and the reflection theory had merit.

Naturally, Adrian went for the window reflection theory, but Mikko thought it was a genuine picture of the Loch Ness Monster. I would like to know what makes Mikko think that.

Adrian told the viewers that the classic pictures had nothing to do with the Loch Ness Monster. This blog respectfully disagrees with that opinion. The Surgeon's Photo was naturally brought up as an example of that and once the psychological theories of expectation and desire were wheeled in, that was meant to seal the deal as far as Nessie was concerned.

But this was a global program and it was off to Lake Champlain where we heard the testimony of Bill Billado and his brother-in-law who claimed to have seen a torso the width of a pony with a dark ridge and eel-like skin just swimming past their boat under the surface.

At Lake Champlain, we were told of 300 eyewitnesses reports, which compares to the 1500 or so we know of for Loch Ness. Dr. Ellen Marsden told us that population was an issue as a minimum of 50 was required for sustainability, though she preferred 500 to 5,000 for a more stable population.

Five thousand plesiosaur-like animals packed into Lake Champlain? Did she think through that one properly? Anyway, the point she was making was that a large number of creatures is not easily hidden. Now, Lake Champlain is nearly 20 times the surface area of Loch Ness, but I suppose hiding five thousand plesiosaurs under that is non-trivial. That's about 10 creatures per square mile after all.

As an aside, Lake Champlain expert, Scott Mardis, recently posted that sturgeons have been land locked in the lake for 10,000 years with no adverse effects of inbreeding. As a comparison, there is about 2,000 sturgeons in Lake Champlain. So, what does that suggest the population of alpha predators would be? A tenth, quarter, twentieth? Answers on a postcard, please.

Now the thing that was slightly annoying was that sophisticated sonar and ROV equipment was deployed in the hunt off Vancouver Island and Lake Champlain. What was used at Loch Ness? Mikko Takala setting up his webcam. It seems the budget ran out before they arrived in Scotland.

This hi-tech search for Champ was conducted by Chris Bocast, a sceptical expert in acoustics. Barney Bristow operated the side sonar and ROV while microphones were employed in the search for signs of infrasonic echolocation. The frequency of 96khz was mentioned but that doesn't sound infrasonic to me? Some interesting clicks and rapping sounds were recorded, but were concluded to be man-made. The ROV went down to 23 feet, which did not seem to be a very great depth to me.

Then we spanned the continent to go to Vancouver Island as Robert Iverson recounted his story from the late 1990s about the huge series of three humps which were bigger than the seals and whales he was accustomed to seeing in those waters.

Then there was the Kelly Nash video from 2009 watched by Paul Le Blond and Jason Walton. Three years on, we still await the opportunity to view the whole of this video, a video described as one of the best ever. Paul Le Blond is convinced of that, having seen the whole film, but we can only take his word for it!


Chris Barnes,  an oceanographer of the Western Canadian shores, told us these waters shelf off to a depth of 2500m. Plenty of room for Caddy to hide, but the actual ROV search was conducted in the Saanich Inlet at a depth of 16 metres (marked below). Again, not very deep, I thought, but it was better than nothing. I assumed some health and safety issues were involved. 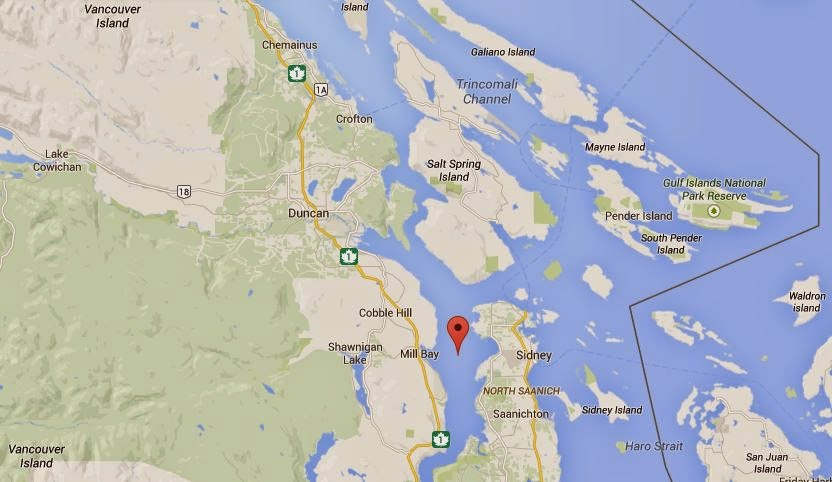 
Finishing at Loch Ness, we looked back to Pictish symbol stones with their enigmatic "elephant" and a photo allegedly taken by Mikko Takala in 2005 which he claimed "could be a plesiosaur". A look at the picture is difficult to assess as there is no background information and Mikko does not even mention it in the list of 2005 sightings his site maintains!


All in all, it was an interesting enough program which offered a chance to contrast and compare the three creatures that roam very different parts of the world. The Loch Ness evidence presented would not have been my first choice, but then again, I doubt it would have made much difference to the target audience.