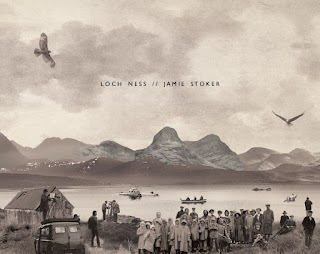 Here is a website I like. It is a portfolio of photographs, comments and interviews surrounding the area and mystery of Loch Ness as seen through the eyes of freelance photographer, Jamie Stoker (pictured below). He tells us that as a kid his ambition was to become a cryptozoologist which is a feeling I can concur with at the same stage of life! 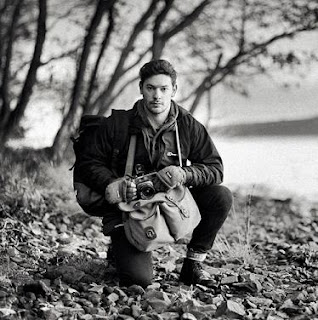 Interleaved with beautiful pictures of the loch, Jamie includes interviews with various Loch Ness personalities - Adrian Shine, Dick Raynor, Steve Feltham, Tony Harmsworth and Willie Cameron. In this he manages to maintain a balance between between "sceptics" and "believers" (for want of better phrases).

I hope you enjoy his montage as much as I did.

The Inverness Courier has a large part to play in modern sightings of the Loch Ness Monster. It was their report of a "strange spectacle" on Loch Ness in May 1933 that was the first in an innumerable stream of journalistic write ups on this phenomenon that continue to this day.

Unlike the prior era when such eyewitness testimonies were dismissed as old Kelpie legends, the Great Depression of the 1930s and the need to boost the local economy provided an ample reason for letting this story run - whether there was a monster in the loch or not! One quote apposite to this is from Charles Paxton:

Despite his sole visit, Mr Paxton maintains he is qualified to take part in the conference as he will focus on the statistical analysis of more than 800 eyewitness reports, many of which had been obtained by trawling back issues of the Courier.

“It was incredible,” Mr Paxton said. “If you go back over the old issues, you realise what a massive impact it had. There were traffic jams all around the loch.

“The council in Inverness had a tourism budget but they decided to dispense with it as so many people were flocking to Loch Ness. Until I started to read about it. I had no idea what a massive phenomenon it was.”