The Monster Hunt Takes on a New Dimension

The hunt for the Loch Ness Monster takes on a new dimension and that dimension is height as I take possession of a DJI Phantom 3 Professional drone. Next month I hope to take this device to the loch and put it through its paces above the loch surface.

Now I say new dimension, but I am not the first to take the hunt to the air. Certainly the honour of using a drone at least goes back to fellow Nessie Hunter, Gordon Holmes, who was testing his drone for Loch Ness two years ago. Gordon tells me that mission did not end well, but the idea itself is sound, and taking his advice onboard, I will press on with my own search this year.

But, of course, the airborne search for Nessie goes back much further than Gordon or myself. Nessie fans will doubtless remember the adventures of Ken Wallis and his autogyro back in 1970 as his services were enlisted by the Loch Ness Investigation Bureau to fly over the loch. 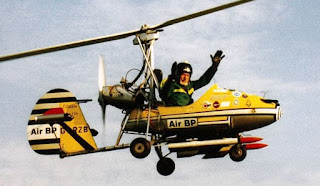 However, the airborne reconnaissance has now been automated with high resolution video feed and various stabilising features which can produce a stream of images superior to anything Ken could have produced. All we need is the Loch Ness Monster to pass just under the surface in full view of the drone with its video camera trained on it.

There are various classes of sighting - the traditional on the water surface scenario, the small subset of monster on land events and the even smaller clutch of encounters underwater. To that we can add the smallest of all - airborne sightings of the creature just below the surface. Indeed, has anyone claimed to have seen the monster just below the water surface from above?

The answer appears to be at most twice. The first comes from Tim Dinsdale's "Loch Ness Monster" where on page 114 we read this:

... on 7 June 1933 in the newspaper Argus the following statement appeared.

'Sir, having seen in the local press the report of a strange monster in Loch Ness, it might interest you to learn that while flying over that loch last week in the vicinity of Urquhart Castle we beheld in the depths a shape resembling a large alligator, the size of which would be about 25 feet long by four feet wide.'

The second account is found in Constance Whyte's "More Than A Legend" on page 44 where a BBC radio broadcast from 16th October 1954 is recounted:

The witnesses were interviewed for the B.B.C. by Mr Andy Cowan Martin of the Glasgow studios who made personal contribution on the subject of the Monster. This is his story as broadcast.

"Where the strange and the weird are concerned it is a very satisfying thing to meet and have a chat with somebody who has seen what you've seen. But I'd better start at the beginning. It was a day in month of June 'way back in 1939 and I was flying from Kirkwall to Inverness and, just for fun, the pilot said he would take us over Loch Ness and we might see the Monster.

We flew down the loch as far as Fort Augustus and on the way back I actually saw the Monster for about half a minute or so, but by the time I'd yelled to the other people in the 'plane to look where I was pointing and the pilot had brought the 'plane down nearer the surface of the loch the Monster . . . the thing . . . giant eel or whatever it was, had submerged and all that the others could see was a swirl of foam.

Frankly they didn't believe me when I said that for a few seconds I had a clear view of two very prominent sort of humps and a third one that was not so prominent and it looked something like the head of a seal. Ever since then I have got a kick out of reading newspaper stories about other people who've been reported as seeing something like what I saw, but until this week I have never actually met anybody who's seen whatever it is that's been given the name of the Loch Ness Monster."
Okay, the second account seems to involve a creature at the surface, but there you have the only two airborne sightings I am aware of. Getting back to the present, preparations will have to be made for this new aspect of my visits to the loch.

Firstly, there are rules regarding the general operation of drones that have to be obeyed pertaining to distance, proximity to others and so on. Secondly, I will have to get practise operating one of these things as it will be over the waters of the loch where operational failure could lead to a watery grave. After all, these things are not waterproof.

Thirdly,  where would be the best part of the loch to fly the drone over? Flying it to the midpoint of the loch may actually violate drone regulations, but I am wondering if near a river mouth may be a good start?