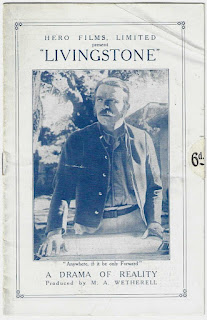 Before Marmaduke Wetherell engaged in his most famous production - the Surgeon's Photograph of 1934, he was in the African continent making another production, though this one was more based in fact being the story of the 19th century missionary, David Livingstone. The image above is the front cover of a promotional magazine from 1925 shows Wetherell playing the lead part. I saw the item on eBay which describes it thus:

Programme for one of the (presumed) first British screenings of the silent movie Livingstone, directed by “Duke” M. A. Wetherell, who also played the title role, David Livingstone the explorer of Africa. (For more on Wetherell and the Loch Ness Monster, see below) The film opened in the UK in January 1925, and though the programme has no date or venue it was certainly produced at around that time. The cover has an image of Wetherell as he appeared in the movie and the 5.5” x 8.5” programme is stuffed with information about the life and expeditions of Livingstone as well as the making of the film in October and November 1924. It includes a cast list, photos of film scenes, and even photographs and biographies of two African performers, one of whom claimed to have been Stanley’s servant as a boy, and therefore present at the actual meeting between the two men in November 1871. Eleven of the twelve pages are devoted to film-related content, with the only advert being one for Osram light bulbs on the back cover. In fair condition, the programme has some creases but is clean and bright. A very rare programme indeed.
* M. A. Wetherell was the hoaxer behind the famous “surgeon’s photograph” of the Loch Ness Monster. Details can be found on the Monster’s Wikipedia page, but it is interesting to note that the photo was actually taken by Ian Wetherell, who played David Livingstone at age 10 in the movie Livingstone.

Here is a picture of Wetherell from that magazine which tells us he had spent fifteen years in Africa up to that point. It made me wonder if he had ever heard of the mysterious Mokele-Mbembe of the Congo being the big game hunter he claimed to be. Then again, Africa is a huge place, and him being in Rhodesia must have put over a thousand miles between him and that cryptid. 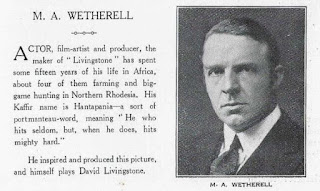 Another player in the Surgeon's Photograph drama was his son, Ian Wetherell, who took part in the taking of the model photo at Loch Ness. As it turns out, he is in this film playing a young David Livingstone as shown below. Another person mentioned in this magazine is Gustave Pauli, who is credited with the photography. Now some may remember him as Wetherell's cameraman when he mounted his Daily Mail expedition to Loch Ness in late 1933. He is shown below with his beret on with his camera at the ready beside Wetherell at the loch. The location is Dores Beach on the pier which is now just a number of decaying posts sticking out of the water. 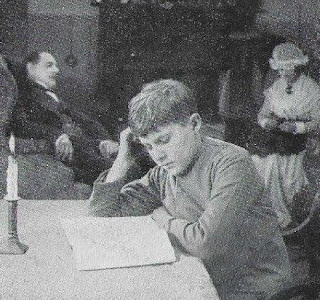 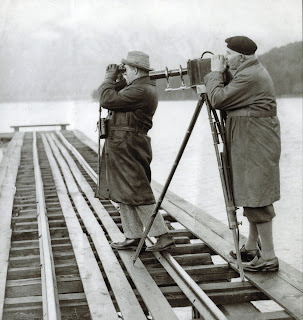 A thought passed my mind on the matter of Pauli. He had been at Wetherell's side since at least 1925 helping him with photographic matters. So he would seem the natural choice to get these monster pictures properly processed with the minimum chance of error. Not much is known about him and perhaps he was an honest man who would have nothing to do with Wetherell's planned revenge upon the Daily Mail.

The eBay item can be viewed here.