As part of the upcoming 80th Anniversary Symposium on Nessie in Edinburgh this April, there will be a couple of competitions to lighten up proceeedings. You can find further details here.

The competition on Nessie "tat" intrigues me. I wonder what some people are going to come up with for that one. The scope for choice is legion considering the rubbish the Nessie tourist industry can come up with under the semblane of Nessie Culture. Here is my own sample of Nessie tat below (a less than serious postcard). 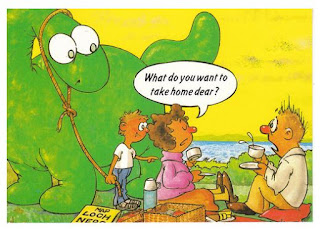 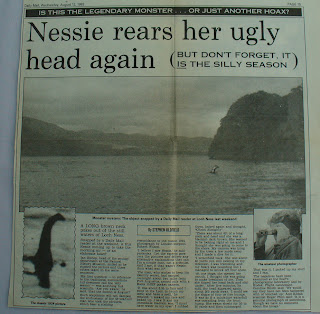