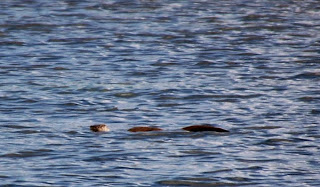 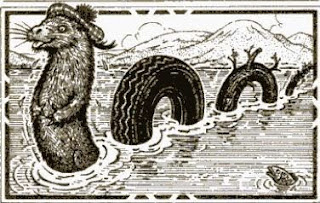 What is the Most Popular Cryptid?

In the last ten years, Google has scanned, digitised and put online more than 30 million books. These proved to be a valuable resource a few years back when I researched my book, "The Water Horses of Loch Ness".

However, with an estimate 130 million titles in print, the job is a quarter done. This means forgotten and perhaps valuable references to the Loch Ness Monster and its forerunner, the Water Horse, remain undiscovered.

In the meantime, I also put Google Ngrams to use in that book and apply it again here. This is a tool provided by Google for researchers interested in tracking trends of words and phrases in the scanned literature.


Below, I show the occurrences in the printed literature of the terms Bigfoot, Sasquatch, Loch Ness Monster, Nessie, Yeti and Sea Serpent. This is an interactive chart which allows you to highlight individual trends since 1933.

Since certain terms can represent the same cryptid, they are summed to give one representative trend. Here is the equivalent static image below (click on to enlarge) and you can go here for the source.

It is clear that the Bigfoot phenomenon is more than twice as far ahead as Nessie. Bigfoot overtook Nessie in the popularity stakes in the mid 1960s which coincides with the Patterson-Gimlin film. Given Bigfoot is very much more ensconced in the American psyche than the Loch Ness Monster, its superior popularity is more or less guaranteed unless a Nessie film of the same quality of Patterson-Gimlin turns up.


Why the Yeti is so high up is a bit of a mystery since photographs and eyewitness accounts are so thin on the ground. Note that like the Bigfoot, it was an image that triggered an uptrend when Eric Shipton's famous Yeti footprint hit the media in 1951.


Also note that the sea serpent has been a pretty consistent performer since the 1930s and even jousted with the Loch Ness Monster for literature hits throughout 1933 to the mid 1960s when Nessie began an upward trajectory. Apart from a slight dip after the Rines expeditions and the onset of scepticism, the trend for Nessie did not level off until the early 2000s.

Since then literature hits has stayed pretty constant as books and articles on the creature address it from the various levels of myth, legend and reality. One wonders what it will take to initiate a new trend in Loch Ness Monster literature?

However, with three possible books on the publishing horizon this year, the trend look set to at least maintain itself sideways. Try out Google Ngrams yourself to see what trends you can discover.