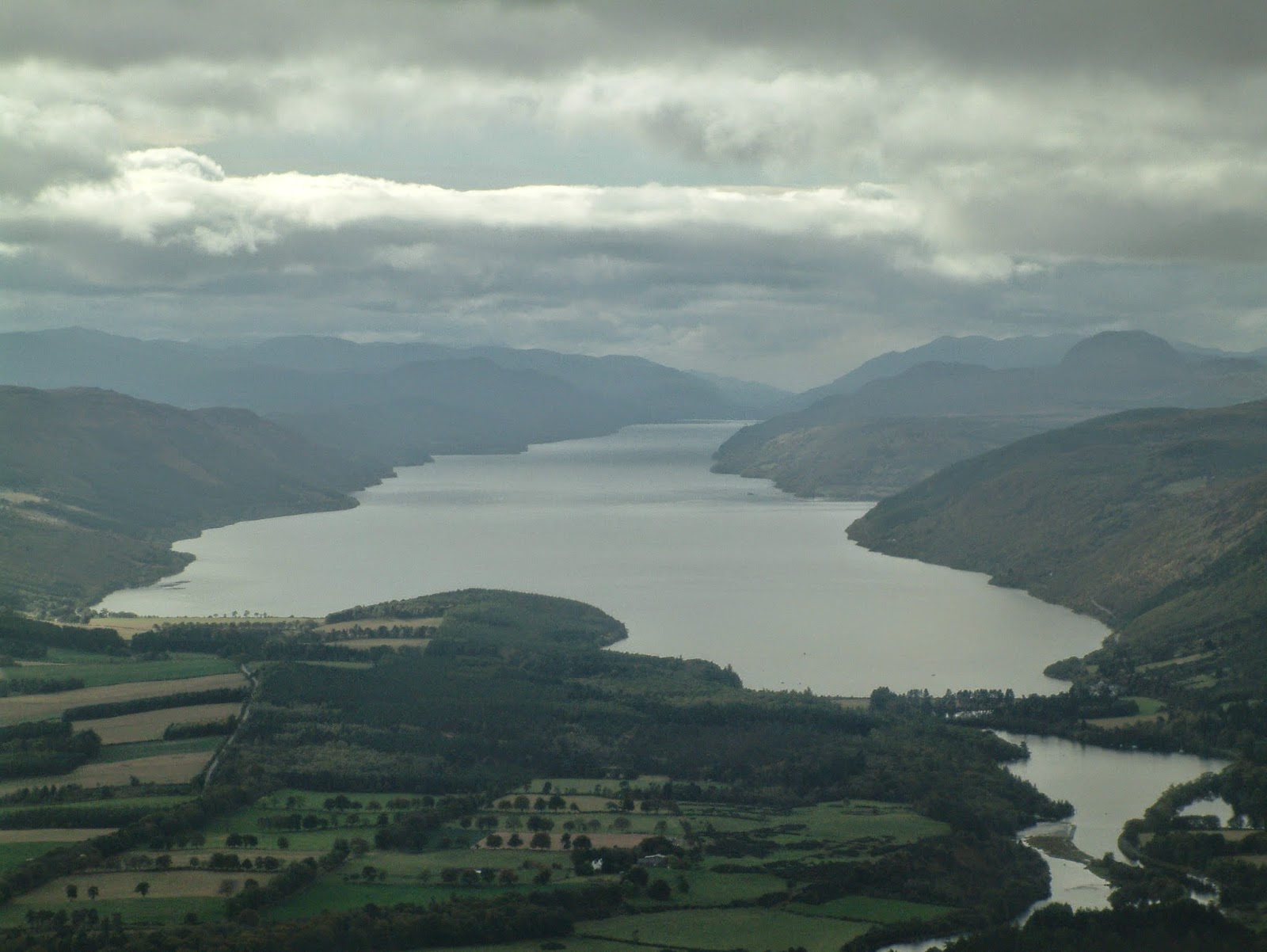 After the recent decision to give Nessie the limelight in a new push to promote the Loch Ness and Inverness area, the website has now gone live here. I applauded the decision at the time, a loch with a monster is far more interesting than one without. There may have been solicitations to tone down the monster aspect, probably due to a mixture of a "there is nothing there" attitude and wanting to emphasise the other worthy aspects of the area, but commercial common sense prevailed in the end.

With a 2012 poll saying that almost 25% of Scots believe the Loch Ness Monster is probably or definitely real, there is clearly a market out there for Nessie. That percentage will vary according to countries and is definitely influenced by a sense of Scottishness (the same poll gave 33% for people who voted SNP in the last election). But one wonders what the percentage is for people who make the effort to get to Loch Ness?

Indeed, I would presume that the poll's question asking if you think the Loch Ness Monster is real would have prompted thoughts of extinct dinosaurs in respondents' minds which, unfortunately would have skewed perceptions and hence replies. If the question had rather asked whether people thought Nessie could be other things such as a giant eel or some other unknown mega-fish, I believe the percentage would have noticeably gone up.

The website's page on Nessie is concise enough and not surprisingly, non-committal as to the creature's existence. In fact, you could say it is treating Nessie lightly as it mentions some famous photos without passing further judgements. Either way, the time to go back to Loch Ness approaches!

The most famous mystery about Loch Ness surrounds the phenomenon of an enormous creature that is believed to live in the water – known universally as the Loch Ness Monster, or ‘Nessie’ as she’s affectionately known.

The first recorded sighting of the monster was in 565 AD, when it was said to have snatched up and eaten a local farmer, before being forced back into the waters by St Columba.

Over the years, rumours spread far and wide about ‘strange events’ at Loch Ness. Some believe that ancient Scottish myths about water creatures, like Kelpies and the Each Uisge (meaning ‘water horse’), contributed to the notion of a creature living in the depths of Loch Ness.

In 1933, construction began on the A82 – the road that runs along the north shore of the Loch. The work involved considerable drilling and blasting and it is believed that the disruption forced the monster from the depths and into the open. Around this time, there were numerous independent sightings and, in 1934, London surgeon R. K. Wilson managed to take a photograph that appeared to show a slender head and neck rising above the surface of the water. Nessie hit the headlines and has remained the topic of fierce debate ever since.

In the 1960s, the Loch Ness Investigation Bureau conducted a ten-year observational survey – recording an average of 20 sightings per year. And, by the end of the decade, mini-submarines were being used for the first time to explore the depths of the Loch using sophisticated sonar equipment. New public interest was generated in the mid 1970s when underwater photographs of what appeared to be a ‘flipper’ were made public.

To this day, there is no conclusive proof to suggest that the monster is a reality. However, many respectable and responsible observers have been utterly convinced they have seen a huge creature in the water.

Prehistoric animal? Elaborate hoax? Seismic activity? A simple trick of the light? It’s even been said that the whole mystery could be explained by the presence of circus elephants in the area in the 1930s.
Whatever the truth, it’s always worth a trip to Loch Ness to see for yourself.

What do solar eclipses and the Loch Ness Monster have in common, you might ask? Nothing at all, it may seem, but the two have a link going back centuries into mankind's dimmer past. When Nessies were Kelpies and eclipses were divine interventions, the two were most certainly seen as having a common connection. We had a solar eclipse over the United Kingdom this week past, so this gives me an excuse to show some pictures I took! 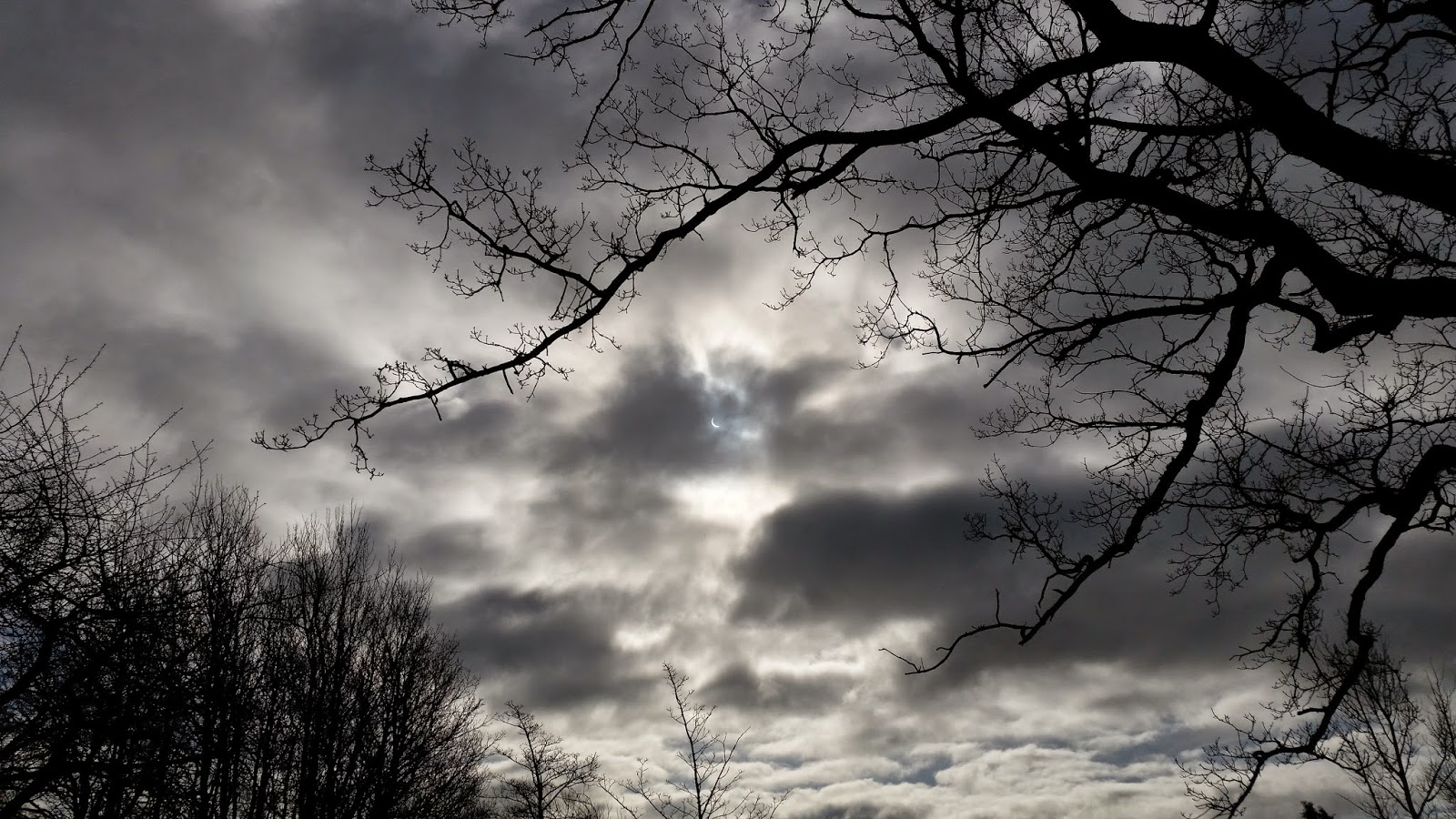 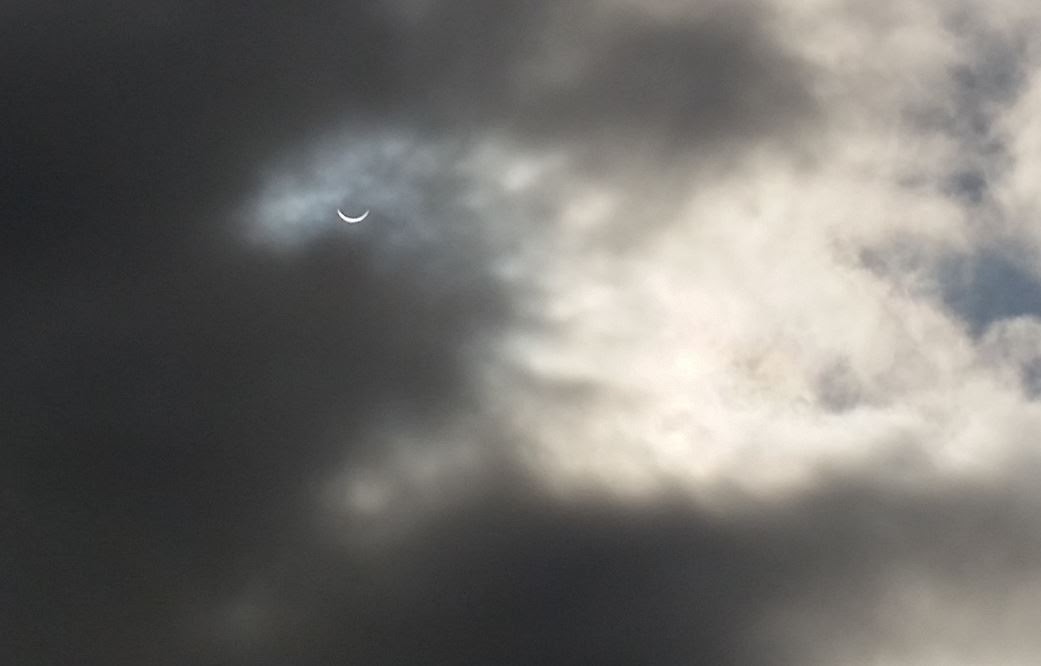 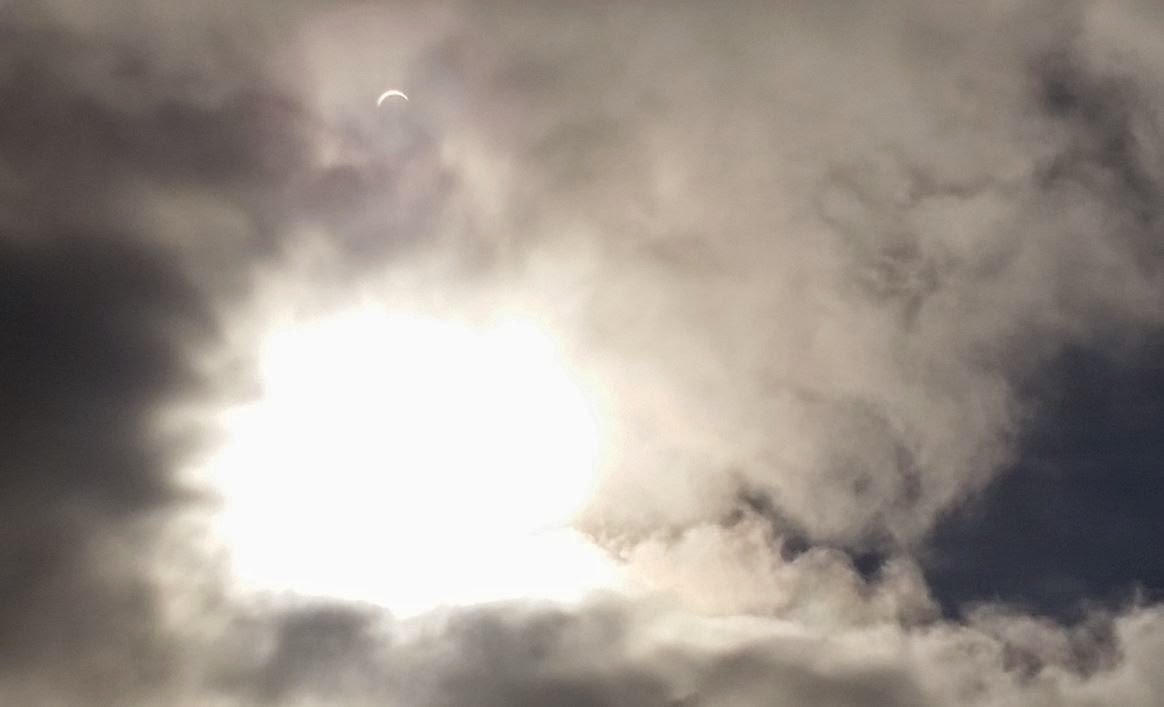 Included in this panoply of "monstra" in the Highlands of Scotland would be the feared "Each Uisge" or Water Horse. For example, we are told by the folklorist, William Kilgour in his "Lochaber in War and Peace" that:

the belief is prevalent amongst the residents by the lake, that the sea monster never rises save when some MacDonald or a Gillies is about to exchange the barren hills of Morar for a fairer and more salubrious clime.

When the Loch Morar Each Uisge appeared, it portended change for the MacDonalds or Gillies. This was not much different for the Water Horse that inhabited Loch Ness. The appearance of this kelpie was likewise taken as an omen of bad luck for someone. This we are told on the 8th October 1868, when the Inverness Courier reported the effect of a monster hoax perpetrated by a fishing crew on the superstitious locals.

Some of the most credulous natives averred that a huge fish, similar in size and shape, had been occasionally seen gambolling in the loch for years back, and with equal determination protested that its being cast dead on the shore boded no good to the inhabitants – that, in fact, its presence presaged dire calamities either in pestilence or famine, or perhaps both.

We are told of stories where superstitious locals would not speak of the mysterious monstrum they had seen in the loch. Why they did this appears to be due to the fact that the bad luck associated with the Kelpie would only be made worse for the observer if its appearing was made to men known. That would suggest the mere act of appearing was not enough to trigger doom for the intended target, but the promulgation of it was.

One such instance was in February 1919 when Jock Forbes and his father encountered a strange beast on land. Two mile north of Inverfarigaig on a windswept night, their pony stopped and backed off in fright from something ahead. Then they saw about twenty yards ahead a large, dark form coming out of the trees and filling the road as it slowly crossed over to the shallow bank ending in a splash. In true Highland fashion, his father muttered something in Gaelic and the two hardly talked about it again.


But that was the Loch Ness Kelpie, what about the Loch Ness Monster? Now, to me, Nessie is a biological creature, so it would really be down to an advocate of a paranormal creature to go down this path.

But, playing Devil's Advocate,  since I generally accept paranormal phenomena, what would a "flap" of Nessie sightings between 1933 and 1934 portend? Yes, I hear you say, the World War of 1939-1945. But where were the omens for the Great War of 1914-1918? Hmmm, pretty thin on the ground I must admit. There was a discernible uptick in sightings around 1914, but we'll never know the real numbers because the publicity back then to bring forth reports was far less than from 1933 onwards.

Or perhaps, Nessie portends for individuals rather than nations? That is also difficult to quantify. How long must a person evade "bad luck" before you dismiss such a notion and what exactly constitues such luck above and beyond the normal woes of men? There are plenty of witnesses who lived long and healthy lives and probably prospered in greater degree.

So, if the Loch Ness Monster is a portender of evil, it is not so clear to me. But, if sightings begin to escalate in the future and great pictures and film are being taken, should Nessie hunters rejoice or fear World War III?