Keep Nessie out of this!

I note a tweet from a senator elect in California called Kamala Harris. I don't anything about her, never heard of her and may never hear from her again. She says, "We must take on science-deniers who insist the earth is flat, the Loch Ness Monster is real & climate change doesn't exist." You can find her curious tweet here. 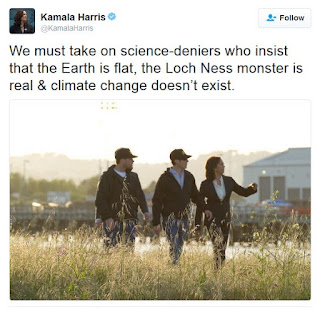 One thing I will deduce from her rant is that she probably knows next to nothing about the Loch Ness Monster. Doubtless spoon fed what to believe by "Nessie-deniers" to borrow her phrase, the creature is a convenient symbol of ridicule to hang her tweet on. What I am not clear on is why she didn't use the Bigfoot? After all, that cryptid is reputed to haunt her home state. Maybe she believes in Bigfeet?

Anyway, the term "science-denier" implies her view of science has built an impregnable case against any such creature existing in Loch Ness. If one asked Ms Harris specifically what type of creature science had disproven, she would probably look at you stony faced with her mouth open. Science has not disproven the Loch Ness Monster, but neither has it proven it. In fact, science has nothing to say on the existence or non-existence of the monster.


Sure, we have seen various attempts to use "science" against the creature. These have been more than challenged on this blog over the years (and without reply in a lot of cases). Unfortunately, in this sceptical age, such "science" is generally accepted in an uncritical and prejudiced manner.

So, feel free to protest about resistance to climate change, but don't bring my nation's favourite monster into it! 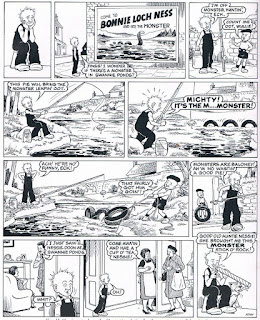