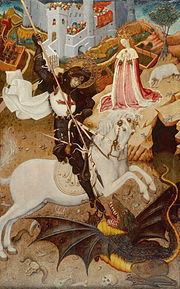 The area around Loch Ness was also reputed to be the haunt of the last dragon in Scotland, slain by a Fraser of Glenvackie. Apparently, this dragon was not the same beast as the Each Uisge which haunted the nearby loch, so scope for dragon hunting continues to this day!
Posted by Glasgow Boy at 11:50