Christmas is coming and I noticed two books related to the Loch Ness Monster which might be of interest to readers. The are both novels and so won't make it into my Nessie bibliography but a good read is a good read.

The first is "Wonder of Ness" by James Jeffrey Paul. Some may recall James as the man who recently donated his collection of Loch Ness Monster books to the Inverness Library. His book is reviewed here by Kirkus Reviews and you can find out more at Amazon. 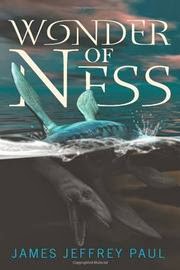 
"To some, Loch Ness is a joke. To some, it is the most important thing in the world. A major new expedition has been formed to locate the elusive creature of Loch Ness. Suddenly it seems as if everyone in the world is rushing to join the expedition, and for every conceivable reason. For each of them, it will be a journey into wonder--and a plunge into mystery, terror, and his own personal heart of darkness. A grand symbolic adventure in the tradition of Moby Dick and The Hunting of the Snark."


The second book is entitled "The Loch Ness Legacy" by Boyd Morrison. His book is discussed by the Highland newspaper, the Forres Gazette here and is listed on Amazon though strangely they list it unavailable despite an August publication date. His own website also promotes it. I haven't read these books myself, so offer no comments either way! 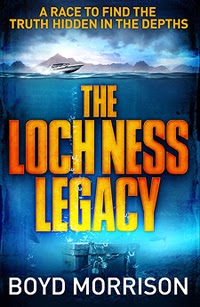 And, finally, before the Loch Ness Monster there was the Loch Ness Kelpie. In recognition of that ancient Highland terror, two 100 foot high Kelpie statues have been unveiled near Falkirk and have received national attention. They're looking good and I hope to visit them some time! 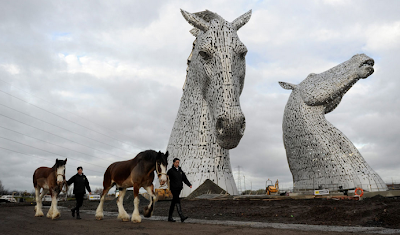