For your interest, I publish yet another article on the Loch Ness Monster from decades past. This one was published in May 1962 by The Scots Magazine and the author was no less than Alex Campbell, water bailiff at Loch Ness, multiple witness to the creature and an expert on the lore of the monster.

The title is a pointed reply to the writings of the monster's first major sceptic, Maurice Burton. He had just published the first sceptical book on the subject entitled "The Elusive Monster" and was active in pushing his views in various publications. It was Burton's predilection for vegetable mats that particularly drew Campbell's objections and to which he relates his own experience.

Campbell covers other topics such as pre-1933 reports which later made their way into Nicholas Witchell's 1974 "The Loch Ness Story". Giant eels also get a mention as well as a night time sighting from 1938. I am not sure if Campbell wrote any other magazine articles, if so let me know.

Depending on your browser, click on each image below to expand it and also expand it further by right clicking to "view image" on Firefox or "control-+" to zoom in for MS Edge. 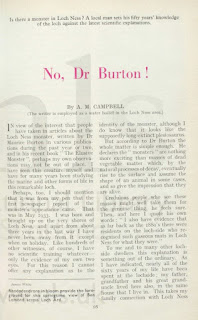 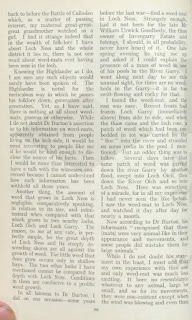 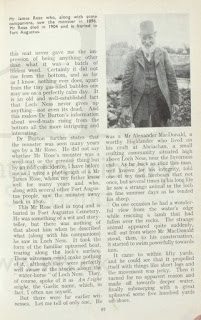 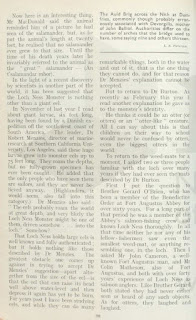 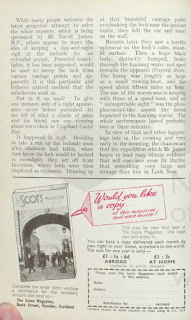