These watercolours of Loch Ness are currently up for sale on eBay. They were executed by a C. A. Grove in the late 19th century and the eBay blurb says:

From an album drawn between 1888 and 1892 by C A Grove of Ferne House, Donhead St Andrew, Wiltshire. The album includes views of India, Scotland, Jersey Southern England and their home, Ferne House. We have been unable to determine the first names of the artist, or their relation to Sir Thomas Grove. The watercolours were pasted to both sides of the album pages. The India watercolours have been left intact. The English and Scottish drawings have been removed from the album pages and the inscriptions copied on to the reverse.

I like to look at these old paintings and get a sense of the place before technological and industrial advances took a hold and the new roads came along. And, perhaps, one such artist would have painted in a strange, dark looking object that just suddenly appeared as he contemplated the beautiful scene before him.

Mind you, some of those hills look well out of proportion, especially in the first painting! 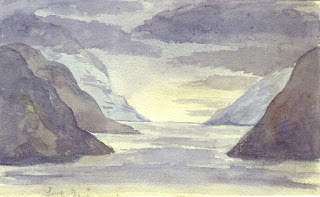 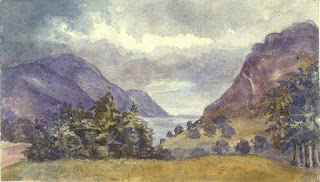 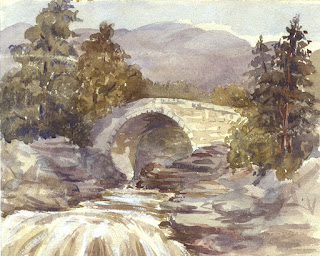 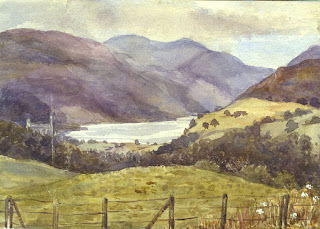 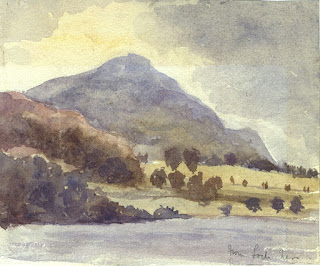 "From a Boat on Loch Ness"