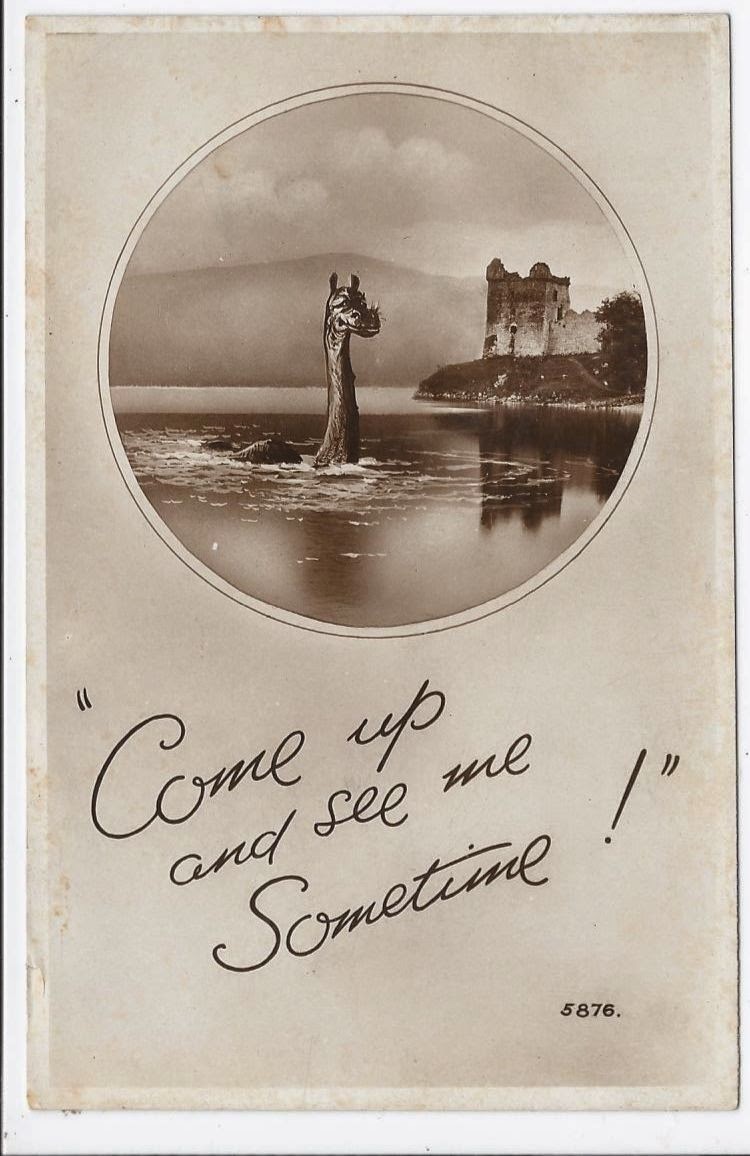 The unicorn is apparently Scotland's national animal; but should it be changed to the Loch Ness Monster? Tourist agency, VisitScotland, think so and have set up a petition calling for the change.

I have already signed the petition, I ask other Nessie fans to do likewise!

A campaign has been sparked to have Nessie usurp the Unicorn as Scotland’s national animal.

Scotland’s National Animal is currently the unicorn – a legacy from William I’s decision to use the mythical creature on his coat of arms.

The campaign, launched today at the VisitScotland expo 2015, led by Inverness cruise company Loch Ness by Jacobite and is calling on the public to support essie’s quest to be formally recognised as a more relevant National Animal of Scotland, or at least as the National Monster.

The first sighting of the Loch’s oldest inhabitant dates back to 565AD, and the age-old question that she may or may not still roam the Highland waters is worth millions to Scottish tourism annually.

Just this week internet giant Google launched its own quest to survey the waters of the great Monster, making the need for a National status even more time critical.

It is now hoped that the public will get behind Scotland’s most famous mythical creature, by signing a petition which will be presented to the Scottish Government in an effort to secure Nessie a rightful place in the country’s legacy.

Freda Newton of Loch Ness by Jacobite said: “We have been running tours of Loch Ness for 40 years now, with many of our visitors coming to search for, or at least catch a glimpse of one of the world’s most famous monster.

“Nessie is an icon and an asset. There is no doubt she attracts hundreds of tourists to Scotland every year and she deserves recognition. If not as our National Animal, then at least she should be awarded the title of Scotland’s National Monster.”

To help raise awareness of Nessie’s plea, a new Twitter account has been set up to give the Loch Ness Monster her own voice, as she outlines her manifesto for change.

@RealNessie is spearheading the campaign – reaching out to people online to support her cause.

The campaign has already received support from The Monster Raving Loony Party who have vowed to make Nessie Scotland’s National Animal and a protected species.