In my previous article, I referred to a letter which appeared in the Inverness Advertiser on the 3rd January 1854. The writer of the letter, an M. Bankes, asked for opinions on the existence of whales in Scottish lochs.

The context to that letter turns out to be the famous story of the Loch Na Beiste creature which gained national coverage as the locals attempted to capture the mysterious denizen of this rather small loch in Ross and Cromarty.  Mr. Bankes was the proprietor of the estate in which the loch lay and you can read the story of the hunt here.

A reader requested I reproduce the second letter and I do so here. The first letter is shown first and the second from the same paper dated 14th March 1854. The text is too much for the OCR I use, so hopefully you can read it from the original! 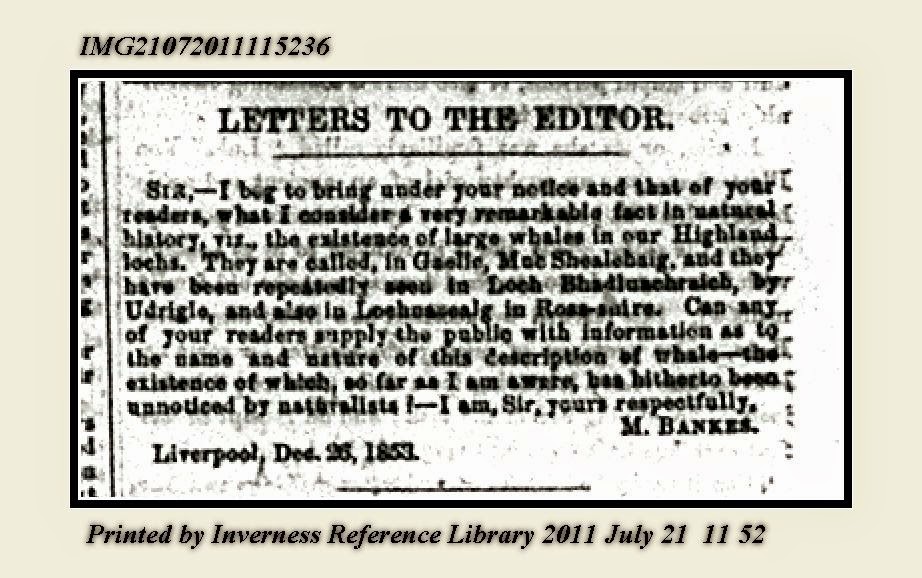 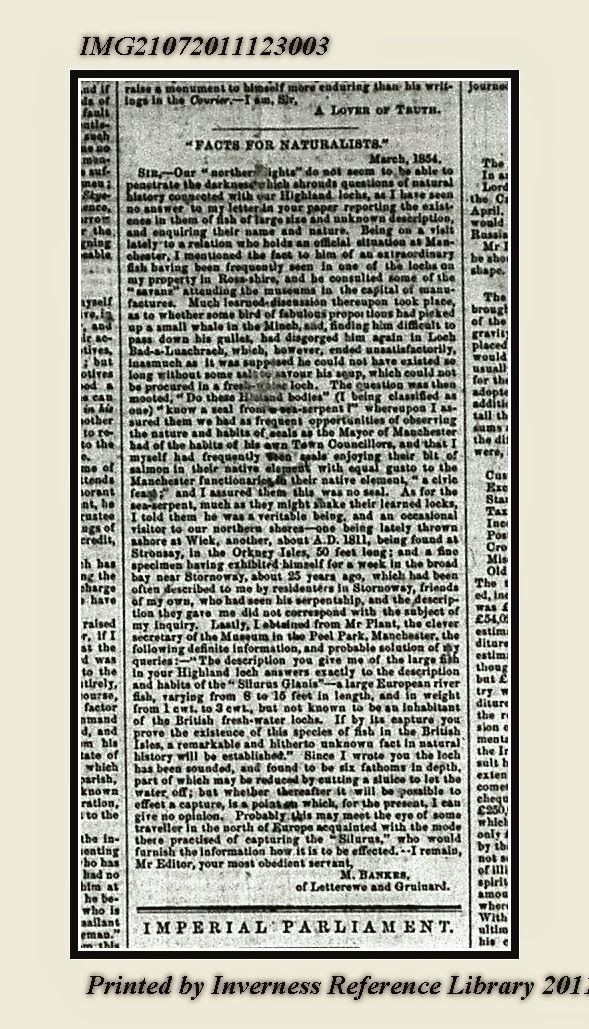 Some were, of course, sceptical of whales and the matter of seals comes up. Mr. Bankes assures them he knows what a seal look likes but in the end he seems favourable to another candidate that sometimes appears in cryptozoology, 160 years on, the Wels Catfish (Silurus Glanis).

Now I am not sure if this creature has ever been observed or captured in Scottish waters, be it rivers or lochs. Perhaps someone can enlighten me, but it appears that Mr. Bankes never caught his presumed catfish. 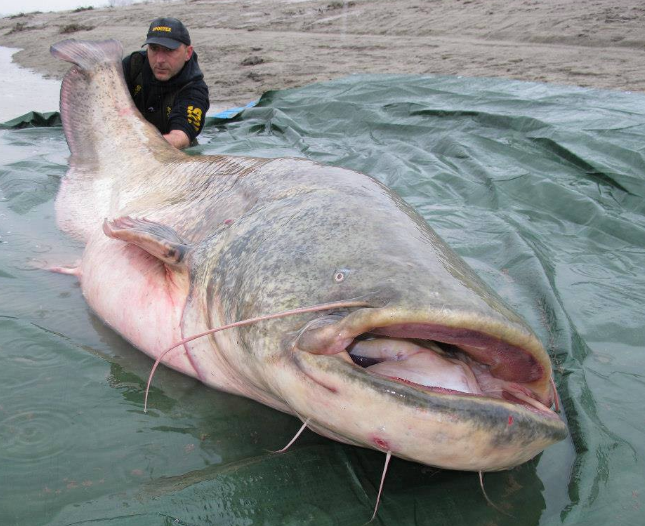