A Photograph from Loch Ness

A strange looking picture has emerged from Loch Ness this week. Taken by author Geoffrey McSkimming from Australia, it appears to show something in the loch as he took a picture of his companion, Sue-Anne Webster.

The trouble is he was not aware of anything at the time which adds to the mystery. Assuming the picture is not a product of the proverbial photoshop, the object does appear to be part of the scene as vegetation obscure part of its form.

However, from a Loch Ness Monster point of view, what might be interpreted as the head is very elongated compared to classic eyewitness descriptions. In fact, it look more like one of the herons occasionally seen at the loch, though even that does not look entirely a perfect fit as the "beak" looks decidely blunt. I certainly do not think it is a defect in the image.

Comments are invited as to what this object might be and the author can be contacted at lochnesskelpie@gmail.com 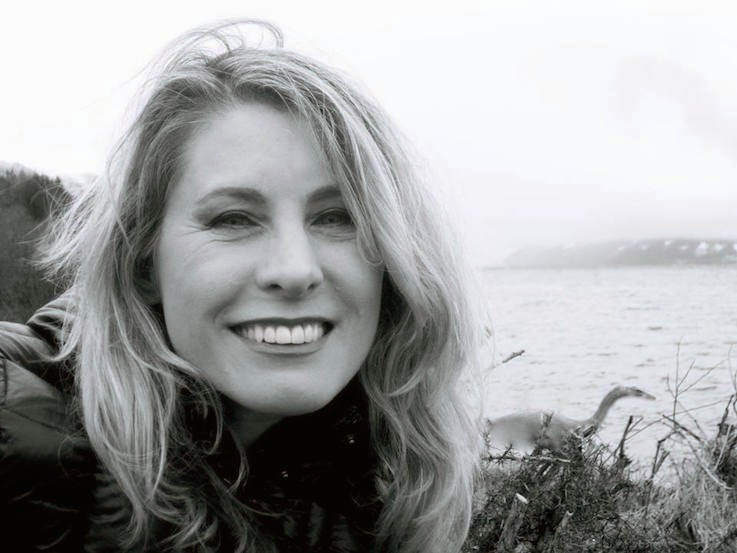 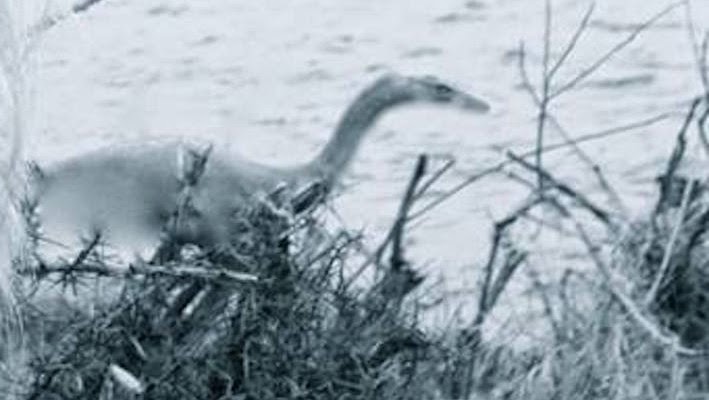 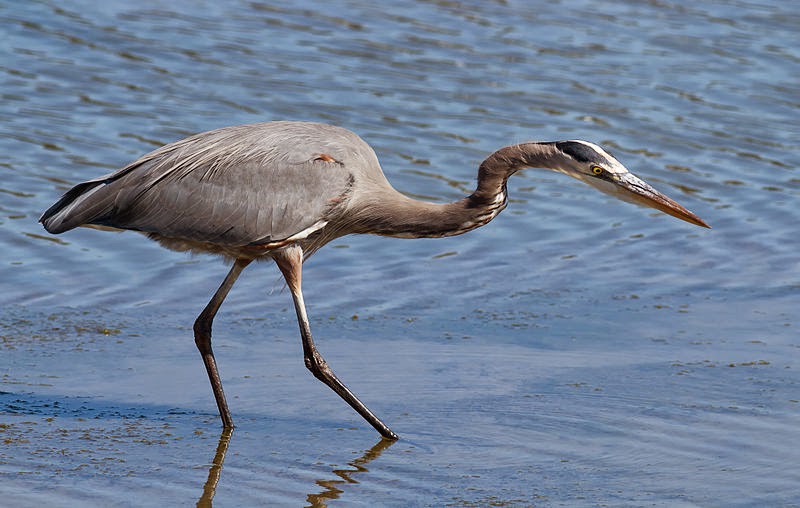 If it is a photoshop job, Jens emailed me to suggest it is a PAPO Plesisosaur model. Okay, perhaps but needs a bit of stretching and editing! You can see the modern issue with coming up with a picture of the Loch Ness Monster that can evade the trap of digital image editing. 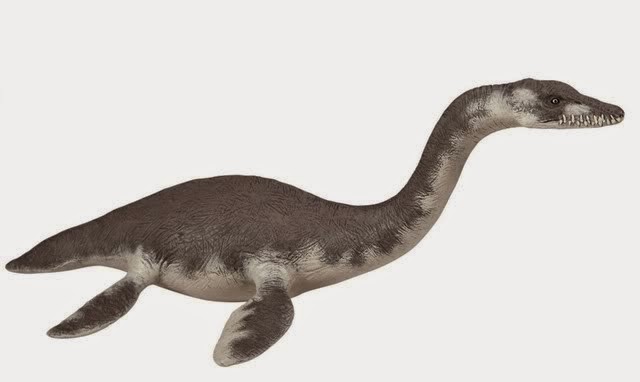 A pair of Australian adventurers have captured, in a photograph, this incredible image of the Loch Ness monster.

Geoffrey reports that the pair had no idea the mysterious denizen of the deep was behind them, “Not until after we took the photo…oh my gosh! No! I swear when I took this photo there was nothing in the water.”

“No, there wasn’t when I looked either…she’s a teaser,” added Sue-Anne.

In the tradition of such pictures, the image of Nessie is indistinct, out of focus, blurry. Dour, unimaginative official types have described it as a smeared drop of water on the camera lens.

The creature, agreed by many investigators and scientists to be a prehistoric plesiosaur, a large aquatic dinosaur, probably became trapped in the deep mountain-edged lake in ancient times when it was still open to the ocean. The dinosaur has been given the tentative scientific name Plesiosaur McSkimming-Websterii. Possibly because the fabulous beastie skims through the water with large webbed flippers, and of course the Mc at the beginning merely indicates its Scottish origin. Why do scientists add two i‘s to the end of words to make them scientific? Nobody knows. It’s another mystery.

There are unconfirmed reports that this pair of mystery solving aces will now begin an expedition to the High Himalayas to discover the Abominable Snow Man.

Until then Geoffrey McSkimming’s children’s adventure stories are available in libraries, online and in all good bookstores, and the amazing Sue-Anne Webster is available for magical performances, including her world renowned I Dream Of Jeannie show.

New comments are not allowed.