John Gillies, who was at Loch Ness at the same time as me last week, has put up an interesting picture of an object in the loch. It is a still from a piece of footage taken on the 11th August.

The brief clip, as far as I can tell, is not the footage that contains the subsequent still image. I do not think it is a bird as I see no body. Admittedly, a passing wave can temporarily obscure the body, but the surrounding waves do not look rough enough.

Perhaps a branch protruding from a horizontally floating tree trunk? Perhaps, but again the same argument applies to the missing bird body. John did not see it at the time of filming, so it is always worth reviewing images when one returns home.

Does it have Nessie potential? I would need to see the original film before making further comment. 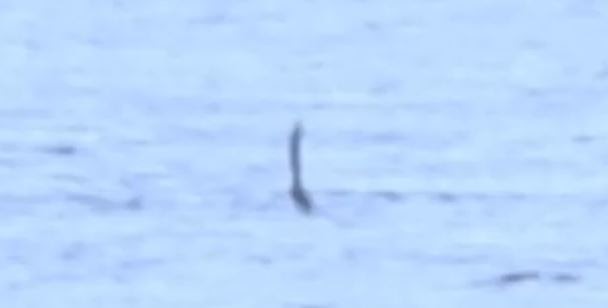