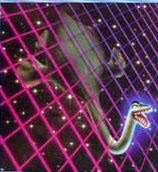 For this paranormal theory, there is a solution is available but at the expense of some big assumptions.
Posted by Glasgow Boy at 04:33